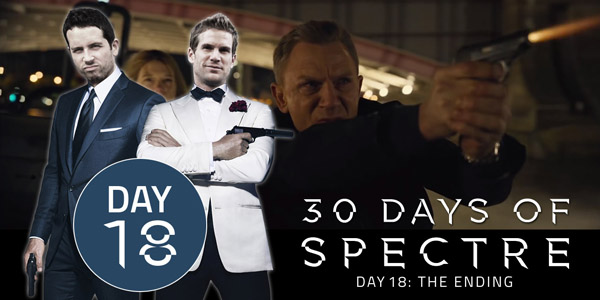 Today we’re talking all about the climax to SPECTRE. From the Mi6 Headquarters showdown between Bond and Blofeld, to Madeleine’s rescue to taking down Ernst’s chopper, we take it apart piece by piece.

As a key part of the movie that divides fans quite dramatically we discuss any potential improvements, alternate endings and sprinkle in a little bit of Bond 25 SPECTRE-lation!