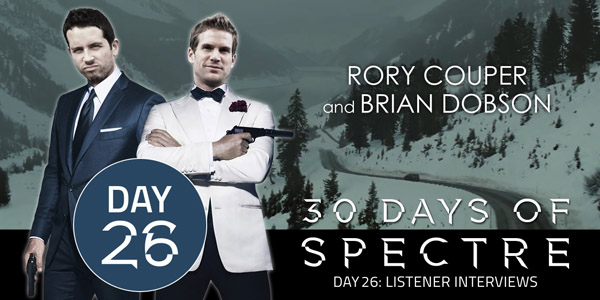 Today we continue our JBR listener interviews to hear what they think about SPECTRE.

On the first of today’s shows we have the legend that is Mr. Rory Couper, the man responsible for securing Chris & Tom’s tickets to the SPECTRE red carpet premiere at the Royal Albert Hall. And in the second show of the day we have Mr. Brian Dobson, all the way from Gosport, on the south coast of the UK.