A Defense Against Bashing Bond 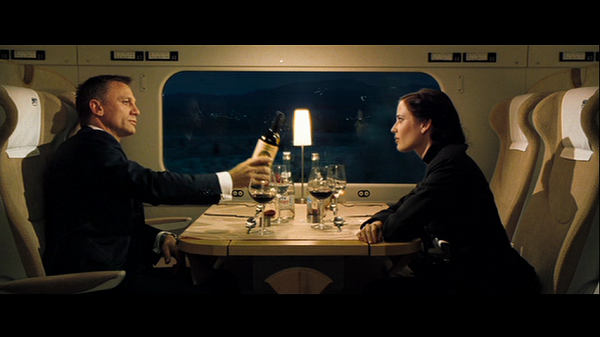 A recent article in LADBible took aim at the James Bond franchise pointing to millennials who are “offended” by the film franchise.  While the article credits Daniel Craig with having “dragged Bond into the 21st century,” the focus of it seems to target many moments from the iconic franchise particularly the films from the 60s and 70s.  Several tweets from younger Twitter followers live-tweeting while watching these Bond movies are presented as a small sampling of millennial disgust.  The outrage ranges from calling Connery’s Bond a rapist to pointing out how “racist” The Man with the Golden Gun seems to be as well as bemoaning the treatment of Severine in Skyfall.  We can all think of plenty more moments that would make the offended parties shudder, but we should also make one thing clear: Not all millennials are alike. There are many of them who are already Bond fans as well as others who might just now be discovering the Bond movies and happen to be delightfully reasonable in their assessments of these films.  That having been said, we’re all familiar with the “type” of millennial this article describes.  They’re the ones who mistake tweeting for actual research and who believe that anything and anyone who doesn’t subscribe to their almighty politically charged opinion should be discarded as a “bigot” or worse. 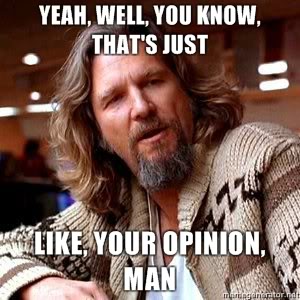 Lest anyone think I’m some sort of reactionary, I assure you I’m not. I actually consider myself quite progressive.   I believe in equal rights for all people and recognize that women and minority groups have been historically disenfranchised. I applaud and support the sacrifices people have made to try to correct injustice in order to move society forward. Regarding specifically to Bond, I’ve even written a blog post a few years back when the Idris Elba rumors started explaining why I think Bond can and should be portrayed by a black actor at some point in the future.

When it comes to this topic of modern younger audiences expressing outrage over films that were made in a different generation, we’re talking about something different.  Rather than judge an older film for not conforming to modern day values, one has to consider the context of the time the film was made and bear in mind the fact that one is watching a work of fiction where oftentimes characters (even the heroes) are meant to be flawed. The notion that every film (both old and new) that we watch now must somehow conform to 21st century “evolved” or “woke” values seems patently absurd especially considering how social attitudes have shifted over time.

The Bond films that were made in the 60s and 70s contain a fair share of inappropriate behavior and outdated attitudes.  Of that, there is no question; however, the notion that we should discard them for that reason is to ultimately do the art (and fans) a disservice.  By ignoring the fact that these films were products of their time, those who insist on political correctness miss the point entirely. This does not make the questionable behavior any less wrong.  Of course Bond smacking Dink on the behind while dismissing her to have his “man talk” with Felix Leiter was just as wrong then as it would be today.  Bond forcing himself on Pussy Galore until she submits was certainly just as unacceptable then as it would be now, however,  I would argue that Pussy Galore consented to Bond’s advances, which is why she embraces him and kisses him back at the end of the scene.  A similar thing happens between Bond and Patricia Fearing in Thunderball.  The reason for this and for everything else you see in these films is because it was written that way.  The characters interact and engage with each other in ways that those of us watching in the audience may not necessarily condone or try out in our real lives.  That is what fiction depends upon, our willingness to escape from our own perspectives and our own lives in order to experience the journey of the art.  When we watch a work of fiction, we’re meant to be in a state of escape as well as suspension of disbelief.  Characters will do and say things that we won’t and when we encounter moments such as the ones described, our reaction shouldn’t be to get offended.  If anything, you can recognize the anachronism for what it is and move on. It should not ruin the entire film for anyone or cause some to spout out hyperbolic rage tweets, but that’s what seems to be happening in the age of social media.

Bond is a bit of a chauvinist and a sexist, and that’s part of his character.  Despite the fact that he’s the hero, he’s a flawed human being. Ian Fleming designed him that way.  In the books, Bond is a chain- smoking alcoholic who rises above these vices to complete his missions.  He was never intended to be a saintly character, but somehow despite his flaws women find him attractive.  It’s the quintessential male fantasy, and there are legitimate critiques to be made regarding this.  There is a “male gaze” component to the franchise that undoubtedly attracts some fans while repelling others. Like most other entertainment franchises, it’s bound to have both fans and detractors. I would argue that despite the allegations of sexism inherent to the notion of “Bond Girls,” most actresses who have portrayed these characters have had nothing but good things to say about their experience.  None have come forward to say that they were exploited or mistreated during their respective productions, and there has been a progression of sorts in the evolution of these female characters in terms of their role in the plot as well as their personal effect on the character of Bond.

Bond Girls are no longer “damsels in distress” but now play a much more active role in the plot.  Characters such as Vesper Lind, Camille Montes, and Wai Lin have depth and character development making them vital to their respective films. Wai Lin was Bond’s equal and opposite number in Chinese Intelligence in Tomorrow Never Dies.  Vesper Lind was a complex and compelling woman who Bond fell in love with in Casino Royale.  She managed to make Bond emotionally vulnerable only to fall victim to tragic circumstances when forced to betray him.  Bond processes Vesper’s demise and mourns her death in Quantum of Solace while Camille Montes seeks her own revenge against General Medrano who killed her family after raping her mother and sister. The process of facilitating Camille’s revenge helps Bond reassess his own urge for revenge against those who were behind Vesper’s betrayal and demise.  In each instance these female characters have their own motivations and agenda aside from being a Bond female companion or ally.

Strong Bond girls aren’t just limited to the recent films. You can go back to the character of Melina in For Your Eyes Only (1981) to see an example of a strong Bond Girl who is also motivated by revenge for the murder of her parents.  She’s certainly able to hold her own in a fight and plays a vital role in helping Bond apprehend the man who ordered her parents’ murder.  Even further back is the woman who became Bond’s wife, Teresa di Vicenzo or “Tracy” from On Her Majesty’s Secret Service (1969).  She admirably fights off  Blofeld’s henchman during the siege on Piz Gloria at the climax of the film.  Admittedly, there are some scenes in each of these films that may cause the political correct brigade to go into an uproar, but these films deserve more than to be dismissed as puerile male-driven fantasies.  They are iconic adventures that both men and women have enjoyed for decades.

Strong women have played unique roles throughout the history of the Bond franchise even behind the scenes. The Bond franchise is co-produced by Barbara Broccoli and her half-brother Michael G. Wilson after inheriting the franchise from Cubby Broccoli.  Barbara Broccoli has become such an instrumental force in pushing Bond forward.  By all accounts, she was the one who decided to cast Daniel Craig and establish a grittier more realistic Bond in keeping with the spirit of the Fleming books.  She has also gone on to produce other films and theater projects outside of Bond most recently producing Film Stars Don’t Die in Liverpool (2017) about the relationship between actress Gloria Grahame and a younger man during Grahame’s final later years.

One of the unsung heroes of the early Bond films was Johanna Harwood, who earned co-screenwriting credit on Dr. No (1962) and From Russia with Love (1963). She was co-producer Harry Saltzman’s assistant who was assigned the task of reading and adapting the Fleming novels before Richard Maibaum became involved.  Her work proved quite valuable and much of her early input was retained for the first two Bond films.

At the end of the day the Bond films are meant to be nothing more than escapist entertainment.  However much social trends and attitudes shift, I think the Bond franchise is capable of changing along with the times.  The Bond character, however, is one that will likely remain just a bit chauvinistic and old fashioned, a dinosaur, if you will. If that happens to offend some people, well then so be it.  I wouldn’t have Bond any other way.

P.S. Check out my latest short story Just a Memory over at my blog.  It’s an original work of fiction with a few Bond references.