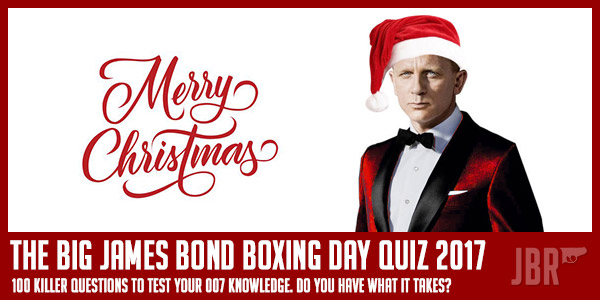 It’s time for the 4th annual Big James Bond Boxing Day Bonanza Quiz. We have 100 fiendishly challenging questions to put you to the test. Will you come out ‘Onatopp’ of things? Take the challenge and find out!