Bill Conti Talks For Your Eyes Only | Podcast #118 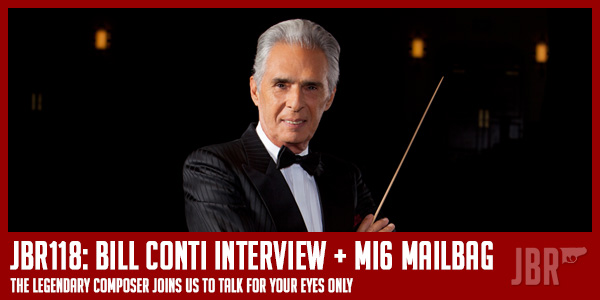 We’re back from our month long trip to Shrublands! This week we return with a killer interview with For Your Eyes Only composer Bill Conti. You’ll hear the story of how he got the job, what it was like to work on the movie, and the story of a hilarious alternate score to the Citreon chase (thanks to Cubby Broccoli).

In addition, we open up the MI6 Mailbag and answer 10 killer listener questions.

Big thanks go to Peter Brooker from the Intermissions podcast for hooking us up with Mr. Conti.