Bond Songs That Never Were 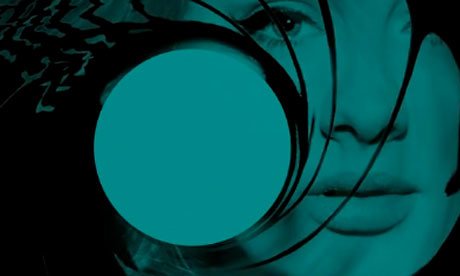 About two years ago, our own Tom Sears discussed what he proposed to be the Bond song “Secret Formula” in the following Youtube video:

Since the last couple of podcasts have taken a close look at all the official Bond themes, I thought now might be an appropriate time to revisit the notion of what makes a song sound like it could be or should be a Bond song.  Are there Bond songs out there waiting to be discovered?  I’m sure many of us are either familiar with artists who we believe could potentially add a theme song to the Bond canon one day or have heard songs consisting of  those familiar elements we look for in a Bond theme song. What makes a song sound Bondian even if it isn’t one of the official songs attached to a Bond film?

JBR listener and musician Sean Faust has a song he believes fits the bill and after listening to his song “I Find It Easy” I find myself rather impressed with his attempt at composing a Bond-inspired song so much so that I could easily imagine the credits sequence for SPECTRE accompanying this brilliant tune. Have a listen for yourself and hopefully you’ll hear what I mean. You can either click on the image or on the link below to hear the song on Sean’s page.

“I Find It Easy” by Sean Faust featuring Kate Lewis

I asked Sean about this song and he said, “When I first sat down and played the opening chords together (E add9 and Am#6) I knew right away that I’d probably have a Bond themed song.  Lyrically I was telling the story of a man who we, as the film-going audience, have been taking a journey with that can overcome most obstacles both personal and professional that we as average people probably would find anywhere from difficult to impossible.  But that James Bond guy?  He’s wired a certain way.  He finds it easy.”

So there’s definitely got to be some kind of lyrical content in a song that pertains to Bond whether it’s about the dangers he faces on his missions or the qualities he embodies as a man or about his appeal to women.  As for the music, it’s hard for me as a non-musician to go into details but there are certain chord progressions that just have that dark suspenseful sound as mentioned above.  It just “sounds” like Bond.

JBR fans may be interested to know that our own Tom Sears created his own would be James Bond theme some years back as part of a contest coinciding with the release of Devil May Care by Sebastian Faulks.  Of course this was uploaded to his Myspace page  under the the name “Tommy Chameleon.” The audio player on the page has a few technical issues if you try to play it in chrome so I took the liberty of making a quick Youtube video out of it.  I hope you enjoy it.

8 years later, “Tommy Chameleon” explains, “I remember years ago when Devil May Care came out they ran a competition to write a song for the audiobook, I had a go but it really needed a proper string section to sound any good. Dodgy keyboard strings just don’t really cut the mustard.”

There are other songs such as “Who Can You Trust” by Ivy Levan that was used for the Melissa McCarthy comedy “Spy” which seems to capture that Bond theme spirit.  Here we get a some inspired brass accompaniment that just oozes Bond from beginning to end. If you haven’t seen the film, I highly recommend it.  The song is also very spot on.

We can also look to some of the songs created for the Bond video games. There’s “I’ll Take It All” by Joss Stone.  While this song more in a pop tradition, as a non-musician I can see how the artist found inspiration from certain tropes found in other Bond songs both musically and lyrically.

There’s “When Nobody Loves You” by Kerli used for the Quantum of Solace video game which actually utilizes the Bond theme guitar riff before plunging into a rather erratic bombastic pop tune.

I’m not so sure about that last one, but it is notable for including the actual Bond riff.  Whether it helps the song or not is a matter for debate.

So, rather than continue wax poetic as a non-musican, I’d like to invite you the JBR listeners to contribute to this conversation by commenting below.  Can anyone write a Bond song provided they use familiar chord progressions and add orchestrations? Or is there more to it than that?  What do you think makes a song sound Bondian and what would your contender be for the most Bondian sounding song that never became an official Bond theme?  Let us know what you think of songs selected here as well.