Book Review: The Many Lives of James Bond 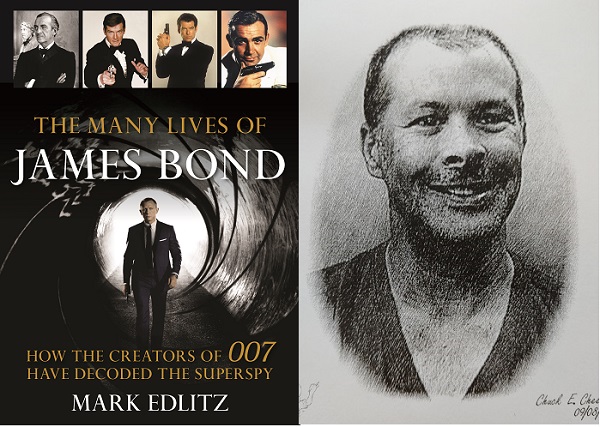 The Many Lives of James Bond by Mark Edlitz offers up a number of Bondian gems to entice and surprise even the most avid of Bond fans. Whether you’re a hardcore or casual Bond fan, you will learn something about the franchise that you may not have known before. As someone who considers himself quite well-versed in Bond franchise history, I was truly impressed with the book’s invitation to dig deeper into the franchise via conversations with actors and creators who have shaped and molded the James Bond franchise and iconography. Central to this book is Edlitz’s idea that each person charged with bringing Bond to life (whether that person is an actor, voice actor, director, writer, songwriter, stunt performer, etc) must first define who Bond is in order to deliver their contribution to each respective presentation of Bond. As Bond fans we have cherished the franchise and its many iterations for decades. We all have a clear definition of who James Bond is in our collective consciousness, but various actors and creators also have had to define who Bond is to them in order to present us with the iconic character over the decades. 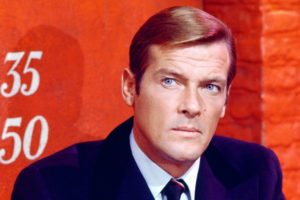 Different individuals have worked on Bond ultimately molding and shaping the character based on how they perceive him. Most people tend to identify the main characterizations of Bond with the Bond actors who have portrayed him in the cinematic series produced by Eon. Edlitz reminds us that while the actors in the film series are of course very important, so are the screenwriters, directors, stunt performers, costume designers, and even the songwriters because each of those roles contributes a great deal to the franchise’s presentation of Bond throughout the cinematic series. In addition to this, there are performers and creators who have been charged with presenting Bond through radio dramas, audiobooks, continuation novels, poster illustrations, comic strips, graphic novels, a children’s cartoon, video games, and even voice actors who dub the Bond films for foreign language markets.

Edlitz’s conversations with various Bond creators and contributors get to the heart of how each of them define Bond. He talks with directors Martin Campbell and John Glen about how they each chose to portray Bond in their films. Campbell discusses his approach to directing Pierce Brosnan in GoldenEye in comparison with his turn directing Daniel Craig in Casino Royale. John Glen discusses the driving factors behind the portrayal of Bond in his films having directed both Roger Moore and Timothy Dalton. Edlitz was also fortunate enough to talk with Sir Roger prior to his death in 2017 as well as with Tom Mankiewicz prior to his death in 2010. Bond fans will no doubt be amused once they see Mankiewicz reveal an unused piece of dialogue from his uncredited work on The Spy Who Loved Me that he refers to as, “Maybe the Best Bond quip I ever wrote.” Mankiewicz continues:

“It’s when Roger meets Barbara Bach at the bar. He knows that she’s a Soviet major, and she knows he’s 007. Anyway, he says, “I must say you’re prettier than your pictures, Major.” She responds, “The only picture I’ve seen of you Mr. Bond, was taken in bed with one of our agents – a Miss Tatiana Romanova.”  She’s the girl in From Russia with Love. Roger then said, “Was she smiling?” And Barbara Bach answers, “As I recall, her mouth was not immediately visible.” Roger retorts, “Then I was smiling.”

That unused Mankiewicz quip may very well be the best line never spoken in a Bond film. Not only was it a call back to From Russia with Love, it specifically recalls the line of dialogue when Tatiana Romanova playfully tells Connery’s Bond that her “mouth is too big.”  Connery’s Bond retorts, “It’s just the right size… for me, that is.” Mankiewicz’s unused bit of dialogue takes that exchange even further into the realm of sexual innuendo Roger’s Bond became known for and it’s easy for a Bond fan to imagine that dialogue in Sir Roger’s capable hands. In another part of the book, lyricist Don Black even offers up an unused verse from his theme song to Diamonds Are Forever. When it comes to the Bond cinematic franchise this book is full of anecdotes many Bond fans have not heard before. It may even settle a number of friendly debates that have permeated throughout Bond fandom over the years.

In addition to revelations about the cinematic franchise, Edlitz also uncovers a number of different things about Bond presentations even the most passionate Bond fans might not be entirely familiar with.  Most impressive of these comes about in his conversation with Ros Holness, the daughter of Bob Holness who performed as James Bond in a 1958 radio dramatization of Moonraker for the South African Broadcasting Corporation. The performance was live and unrecorded so very little is known about it, but Ros Holness uncovered a few previously unknown details about her father’s turn as James Bond that are newly revealed in Edlitz’s book. While Barry Nelson had previously played James “Jimmy” Bond in the televised 1954 production of Casino Royale, Bob Holness was the 2nd ever actor to play James Bond and the first actor to ever play Bond on the radio.  His daughter, however, makes the distinction that since Barry Nelson was playing an American Bond, she considers her father as the first Englishman to ever portray James Bond.

Edlitz also talked with Michael Jayston who played Bond in the 1990 BBC radio production of You Only Live Twice.  In this conversation we learn that Jayston met with Cubby Broccoli and director John Glen briefly years earlier when it was uncertain Roger Moore was going to return to the role. Nothing ever came of it and Jayston never recorded a screen test, but it’s fascinating to find out that those discussions were happening. Jayston says, “We just talked about how I would tackle it.  But as I said at the time, as I’m saying to you, you play it out of your own personality. If somebody’s played it well, that doesn’t mean you can’t play it in your own way and just as well.”

At the heart of this book is the discovery of what each actor and artist charged with presenting Bond deemed important to bring to the role. Edlitz even talks to dancer Joseph Malone who portrayed Bond during Sheena Easton’s performance at the 1982 Oscars ceremony where Richard Kiel and Harold Sakata reprised their roles as Jaws and Oddjob alongside actors who portrayed Dr. No and Blofeld.  There’s a fascinating story during Edlitz’s interview with James Bond Jr. voice actor Corey Burton about an encounter with Cubby Broccoli that almost got him fired. Bond fans would be very surprised to find out just how seriously the production of the children’s cartoon was taken at the time.

There’s also a conversation with the actors who voiced Bond in the video games and an insightful chat with Dietmar Wunder who has been the German voice of Daniel Craig’s Bond for the German dubbed versions of the Craig era Bond films. Wunder has also been the narrator of  Bond continuation novel audiobooks. To many people in Germany, Dietmar Wunder is the voice of James Bond.

In addition to the conversations I’ve mentioned, Editz also talks to a notable array of Bond alumni including: George Lazenby, Bruce Feirstein, Roger Spotiswood, Dick Clement and Ian La Frenais (screenwriters for Never Say Never Again), Leslie Bricusse, Anthony Horowitz, Kai Martin (Daniel Craig’s stunt double), illustrator Robert McGinnis, Glen A. Schofield (who directed Sean Connery during his voiceover work for the From Russia with Love video game), and many more. No matter how familiar you may be with the Bond franchise and its history, there is plenty in this book to dive into.  I highly recommend The Many Lives of James Bond by Mark Editz as a welcome and worthy addition to my ever expanding bookcase of notable James Bond books.

Note: Mark Edlitz, who happens to be a JBR fan, will be appearing on the podcast very soon!