Daniel Craig Will Return For Bond 25 And Here’s Why… 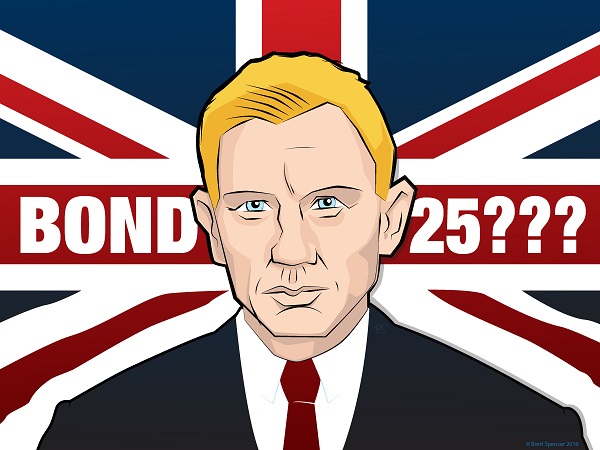 There has been a huge amount of press rumour in recent months concerning Daniel Craig and his future in the role of Bond. Some say he’s already quit. Some say Eon productions are throwing huge sums of money to lure him back for Bond 25. Some say Tom Hiddleston has already been offered the job and others said Charlie Hunnam has been given 30 days to ‘think it over.’

While speculation has been rife in the press, so far absolutely nothing has been confirmed (or indeed denied) by either Daniel himself or Eon Productions.

Last week we asked 5x Bond director John Glen whether he thought Daniel would return for Bond 25. His response? “I wouldn’t be at all surprised.”

With all that said, let’s look at why we believe Daniel Craig will definitely be returning for Bond 25…

Daniel Craig is busy. This year he’s signed up for Steven Soderbergh’s ‘Logan Lucky’ alongside Channing Tatum and Adam Driver. He’s appearing on stage in Othello opposite David Oyelowo from December 2016 to January 2017. He even has a starring role in the upcoming Scott Rudin miniseries ‘Purity’ where Craig will play the character of Andreas Wolf.

For Daniel, the rest of 2016 and indeed most of 2017 is very busy indeed. 2018 however is currently wide open. Should Bond 25 follow the expected 3 year gap after SPECTRE, this is precisely where shooting for the next Bond adventure would take place.

Ultimately, Daniel’s schedule is booked solid right up until the very time time Bond 25 would start shooting. That’s enough to raise an eyebrow, wouldn’t you say?

2. None Of The “Confirmed” Stories In The Press Have Come True

These stories usually follow a similar pattern. Firstly, the root of the story comes from a conveniently unnamed ‘source.’ Next the story contains a star that is one of 3 things. They’re either far too big a name to take on the role (Tom Hardy or Michael Fassbender). They feature an actor who has recently appeared in a Bond-like role (Hiddleston in The Night Manager) or they’re far too similar to Daniel himself (Hunnam).

Which begs the question, with all the rumours flying around why have Eon productions and Daniel himself been so quiet on the subject of Bond 25?

Firstly (and perhaps most importantly), it’s good for business. All this speculation is great for the Bond brand. With multi-year breaks between films, it all helps to keep Bond in the public eye.

You also have to look at how the hype machine works. This is show business after all. It makes perfect sense for them to keep us all in the dark. If Eon were to publicly state that none of the rumours were true, the conversation would immediately stop. Along with it goes all the free “advertising” in the press.

3. Daniel Craig Is Money In The Bank

We’re currently in a new “golden age” for the James Bond films. Skyfall broke records as the most financially successful Bond ever at over $1B+ at the box office. SPECTRE followed up with over $880m.

Bond hasn’t seen audiences like that since the days of Connery. Daniel returning as 007 for Bond 25 is money in the bank and Barbara Broccoli and Eon Productions won’t let that go easily.

Which leads us on to the 4th point…

A Bond actor getting a co-producer credit is unprecedented in the series. While Sean Connery received a record pay day to return for his final Eon produced Bond film, Diamonds Are Forever, even he didn’t get a producer credit.

The very fact that Daniel Craig was billed as a co-producer on SPECTRE says everything. They want to keep him for the long term. Had SPECTRE truly been Daniel’s last appearance, would they have offered him anything other than the starring role alone?

It took decades of legal wrangling to bring the character of Ernst Stavro Blofeld and the SPECTRE organisation itself back under the control of Eon Productions. Considering Blofeld was the shadowy antagonist behind 6 of the first 7 Bond films before legal trouble made him vanish from our screens, would they waste him on just one film?

Christoph Waltz has gone on the record as saying he’ll return as long as Daniel does…and he wasn’t exactly dead at the end of SPECTRE was he? What’s the one reason you wouldn’t kill off your main villain? Because you want to bring him back for the next one, obviously 😃

6. The Final Line In The Leaked SPECTRE Scripts

In the final scene of 2015’s SPECTRE, Bond and Madeleine Swann drive off into the sunset in his trademark Aston Martin DB5. What most people don’t know is an earlier draft of the script had Madeleine ask Bond where they were heading, only for Bond to reply “I have a few ideas, after all (pause for dramatic effect) we have all the time in the world.”

For anyone who doesn’t know, that line was used in 1969’s On Her Majesty’s Secret Service, which featured the murder of Bond’s wife at the hands of Blofeld.

Granted that line wasn’t used in the final cut of SPECTRE, but it does show the direction the writers/producers were thinking of going for Bond 25.

Daniel recently appeared on-stage for an interview titled ‘Beyond Bond’ for the New Yorker Festival. James Bond Radio listener Wilfred Picorelli asked Daniel if SPECTRE was the end of his character arc as Bond. Here is his response…

Later, Daniel went on to say:

The key words there being “If I were to stop…” which clearly indicate the recent press reports are 100% false. There we have it from the horses mouth folks. 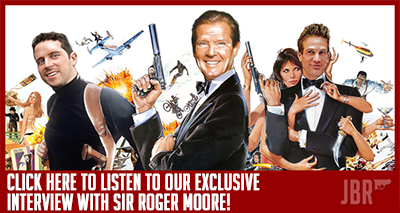