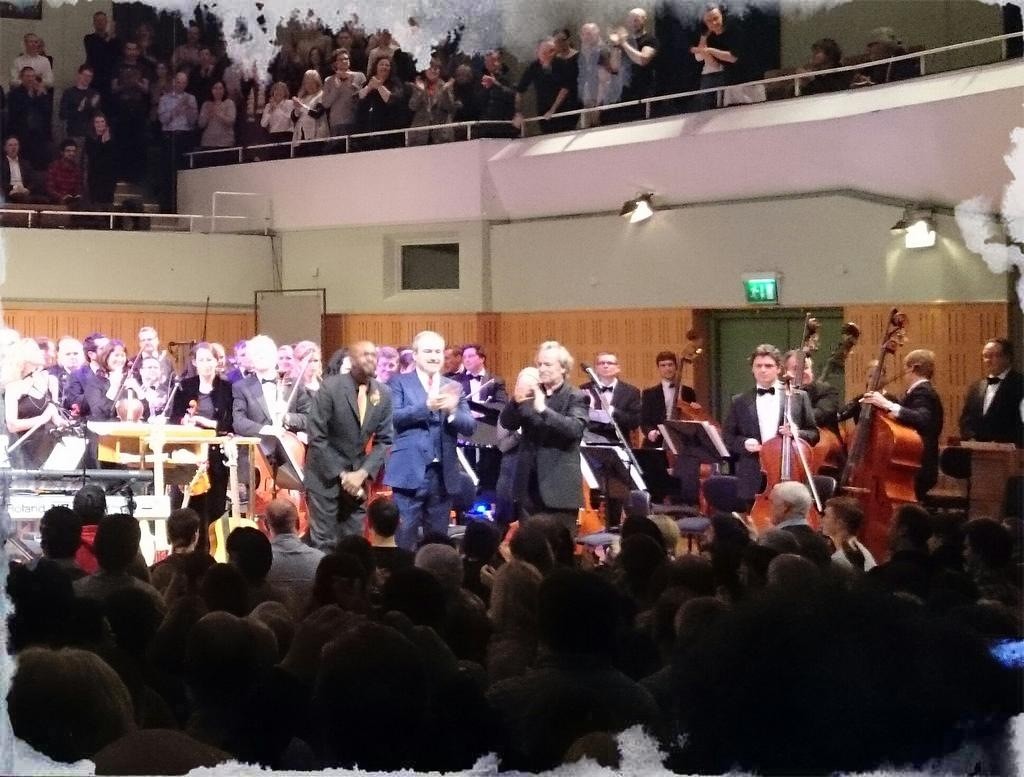 What a night I had last week, David Arnold played with the RTE orchestra at the National Concert Hall in Dublin, as part of their signature series. It was a night of classic film scores from various movies that David has composed. Along with Nicholas Dodd conducting, and David McAlmont popping in to lend his vocal talents, it was a great night with a live orchestra. The music cues sounded amazing, and to see a full orchestra live was unbelievable!!

The night began with the theme from Wing commander, and then David took to the stage. Before each music piece, David gave a bit of background to it, and gave some very interesting points on the Bond pieces.

One thing that I did not know (may be common knowledge to other Bond fans) was how he got the bond role! Barbara Broccoli was scouring a music store for film soundtracks and went to the till with a range of CDs. The assistant asked her why all the CDs and she replied that they were looking to get the next Bond film composer. The assistant suggested a fella called David Arnold, and gave her the ‘Independence Day’ and ’Stargate’ soundtracks and the rest, as they say, is history. David thanked the anonymous shop assistant and said he either has to buy him a large drink, or maybe a small house!! He made a very interesting point about the track ‘White Knight’, he said that was his audition to do the Bond films?? Was he invited to score a piece of action and they judged him on that?? Well he couldn’t have done a better audition!!

On the evening, ‘White Knight’ and ‘Night at the Opera’ were probably the best music cues. It was played straight after the interval, and listening to the piece, I was watching the movie in my head throughout! It sounded amazing, and to experience it live was a great treat! The Bond cues all came in the 2nd half of the show, and to be honest, that was the main reason why I was there, but I will definitely be looking into David’s other film scores, the stuff he played last night were easy listening and very interesting.

And another reason why I was blown away was the fact that David sang a few songs!! I did not see this coming at all, especially as I knew that David McAlmont was on the bill. He sang a song from the recent music he composed for ‘Made in Dagenham’, which was an excellent piece. He also sang ‘The World Is Not Enough’ and ‘I’ve Only Myself to Blame’. To be honest, these are not 2 of the music cues that I would regularly listen to, but the way he sang them brought a totally new slant on them, especially the latter. It was literally him and the keyboard, and it was a totally different take on the song. It was excellent!

David McAlmont performed ‘Play Dead’, and one of my favourites ‘Surrender.’ The ‘Surrender’ performance with the live orchestra was out of this world, what a voice, and a great piece of music!!

The evening finished with the end titles from ‘Independence Day,’ which was an amazing piece of music and had the crowd on its feet at the end!!! And that was it, evening over, David and Nicholas left the stage. Then came the encore….the James Bond Theme!!! I secretly wanted to hear the theme all night, and it wasn’t mentioned in the programme, so it was a nice surprise. Again, to hear the theme with a live orchestra and David on the electric guitar was brilliant.

It was a great evening and I would recommend it to anyone, let alone Bond fans. David was witty throughout, I really hope that he’ll get back composing Bond in the near future. I have the Tomorrow Never Dies soundtrack playing here was I write this, but will definitely be investing in his other non-Bond pieces of work too. A great night all round.