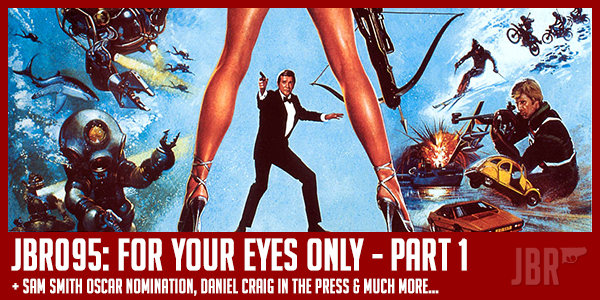 2015 was “The Year of Sir Roger.” 2016 is the year of Sir Roger continued with our latest film review: For Your Eyes Only. After the mammoth amount of SPECTRE coverage we provided last year it feels good to step back in time to the first Bond film of the 80s.

This time we see Sir Rog trade outer space for a good old fashioned, Fleming-infused spy romp. This is without doubt Roger’s grittiest entry in the series but what do the JBR crew think? Do we miss the bright yellow banana suit? Do we find ourselves pining for the more outrageous side of the big man? Find out in today’s episode of James Bond Radio.