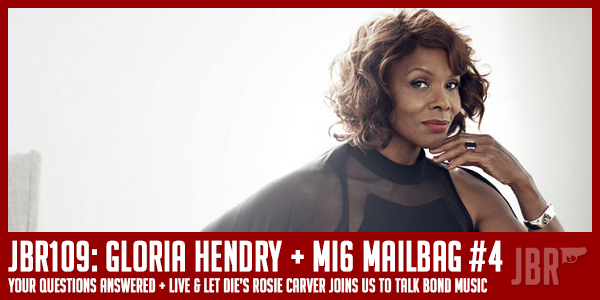 Big shout out to JBR roving reporter Matthew Chernov this week for bagging a brief on-the-spot interview with the one and only Gloria Hendry aka Rosie Carver! We’ll hear all about her recent jazz tribute to the music of Bond and a whole lot more.

Also we finally get around the the 4th instalment of our Mi6 Mailbag series where you the listener pose your questions to the JBR crew. We’ve got some doozies for you this week, so be sure to tune in to episode #109 of James Bond Radio.