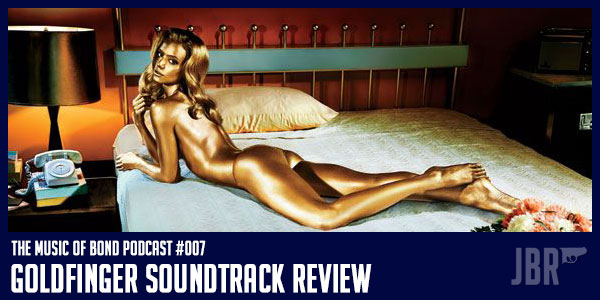 The Music of Bond is back with our Goldfinger soundtrack review. This week we talk about the history of the score, discuss favourite tunes and go through it track by track. Is it John Barry’s all-time masterpiece? Does it live up to the hype? Is it the kind of score you can make scrambled eggs to? Find out on this week’s Music of Bond.

As previously mentioned, due to the tremendous workload involved in running Q The Music (the world’s greatest James Bond concert experience), we’ve had to say goodbye to our previous Music of Bond co-host, Warren Ringham. The band are out on tour throughout the UK this year, so be sure to grab your tickets before they sell out.