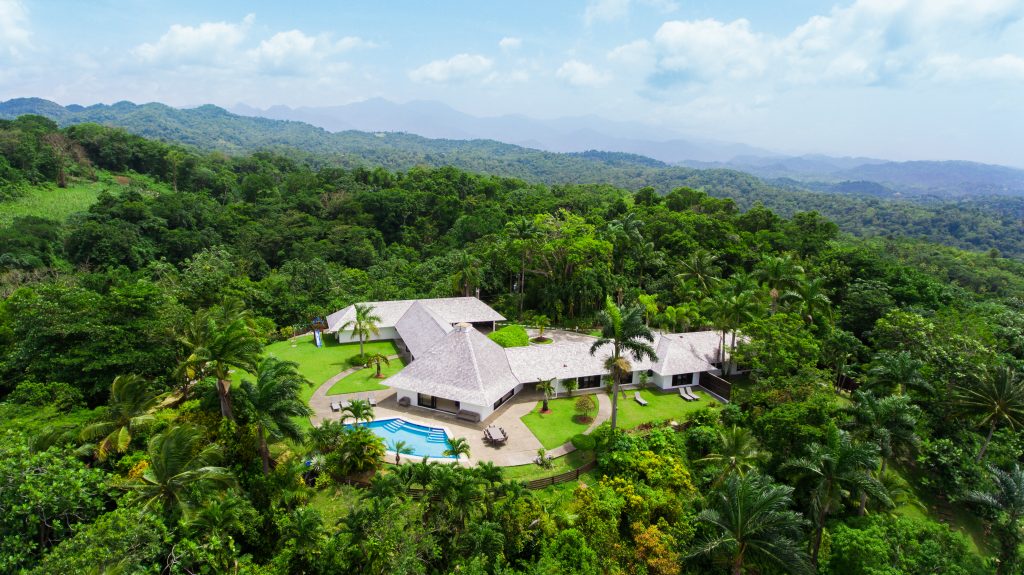 If Ian Fleming hadn’t attended a naval conference in Jamaica back in 1943, would anyone other than a handful of birding experts know the name James Bond? Now that’s a scary thought! Thankfully, of course, he did visit the country on that fateful trip and promptly fell in love with the place. Since then, Jamaica and Bond have become practically synonymous, and that’s especially true now that “No Time to Die” has finally arrived in theaters. For many fans, the early scenes set in Jamaica’s Port Antonio are some of the best in the movie.

If you listened to Episode 182 of James Bond Radio, you might recall my conversation with Tom Sears where we discussed the once-in-a-lifetime Bond press tour I went on in Jamaica right before the pandemic hit. During that episode, I talked about visiting Goldeneye and sitting at Fleming’s desk, swimming like Honey Ryder at Laughing Waters, exploring the “Live and Let Die” crocodile farm and the underground cave system, discovering the “Dr. No” helipad, drinking cocktails at James Bond Beach, and visiting many other sites from the 007 series, including several from “No Time to Die.”

And among those “No Time to Die” locations was the stunning Cocosan villa where Daniel Craig lived for two weeks during production. Cocosan is one five astonishing villas that form Jamaica’s legendary Geejam Hotel. Along with Craig, Geejam has welcomed many celebrity guests over the years, including Jay Z and Beyoncé, Gwen Stefani, and “Another Way to Die” singer Alicia Keys. It’s favored by musicians because there’s a world-class recording studio located on site.

Along with the five private villas, the hotel also has 12 beautiful Rumba Rooms that are ideally suited for guests like you and me who haven’t (as of yet) won an armful of Grammy awards or starred in a series of blockbuster spy movies.

Now if seeing “No Time to Die” has inspired you to consider vacationing in Jamaica in the near future, by all means do it! In fact, as I write this article, JBR’s very own John Williams is enjoying an incredible 10-day Jamaican getaway and he couldn’t be happier. Seriously, have you seen JW’s Instagram stories lately? As we all know, he’s a naturally upbeat guy, but in Jamaica he’s positively glowing! Between the warm Caribbean water, the spicy jerk chicken, and the smooth Blackwell rum, it’ll be a miracle if he returns to the United States at this point. And who could blame him?

Anyway, for Bond fans in need of a well-earned retreat from the pressures of life, there’s literally nowhere better to go than where 007 was created.

And that brings me back to the lavish Geejam Hotel in Port Antonio. To celebrate the release of “No Time to Die,” Geejam just announced an exclusive new vacation package called “Live Like Bond.” From now until February 2022, guests who book a 5-night stay in one of Geejam’s rooms will receive a private behind-the-scenes tour of “No Time to Die” filming locations, many of which I discussed with Tom on the JBR episode. Some of these 007 locations are difficult – if not impossible – to visit any other way, so this is a pretty big deal for Bond fans.

Rates start from $1,800 based on 5 nights or more, and in addition to the “No Time to Die” location tour, guests who book the “Live like Bond” package will also enjoy Jamaican BBQ and cocktails on Geejam’s private beach. I’m told that the rate includes all taxes and fees, by the way.

Stepping things up even further, guests who book 5 nights in a private villa like the one Daniel Craig stayed at will get the same exclusive “No Time to Die” tour and amenities, plus a one-way complimentary helicopter flight from the airport. And if that doesn’t make you feel like Bond, nothing will.

For more info and details, or to book a stay, visit Geejam’s Live Like Bond page. You can also check out their promo video here. And if you do end up going, be sure to have lunch at Piggy’s, Daniel Craig’s favorite jerk chicken shack in Jamaica, which is right near Geejam! JW and I have both eaten there and it’s next-level delicious. So order some jerk and tell ‘em JBR sent you!