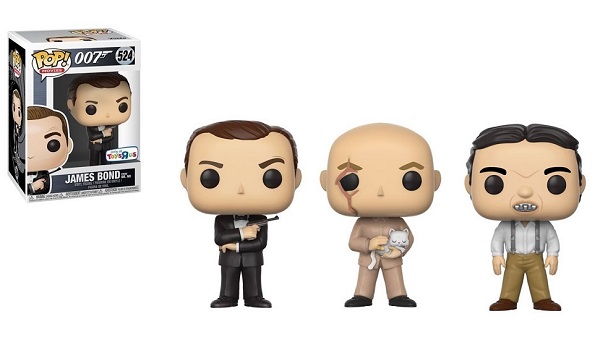 Editor’s Intro: Bond fans have long been clamoring for affordable collectible toys for some time, but aside from the recent line of Hot Wheels licensed toy cars, there hasn’t really been that much in the way of official products to collect.  There are the luxury figures put out by Big Chief studios which cost a small fortune, but for those of us who are looking for something reasonable there is now a new line of Funko Pop! vinyl figures which retail at around the $9-$10 range (US).  Funko Pop! and James Bond are very much the perfect fit and should satisfy our desire to own a James Bond collectible without breaking the bank. In the US, there are exclusives sold only at Barnes and Noble and Toys R’ Us.  I happened to pick up my Roger Moore Octopussy figure just recently and I must say it’s worth every penny even if I worry about what he might say to Alexa when I’m not around. . .

Recently a few Bond fans have been throwing a ‘wobbly’ over the release of the FUNKO VlNYL POP James Bond Range. You either love them or hate them.  I for one like them because they are different and unusual plus they are reasonably priced.  Ranging between £10 to £15, these are affordable.   I personally cannot remember when we had James Bond collectibles that were so cheap.

As a James Bond enthusiast and collector, I have bought the Roger Moore Bond figure from ‘The Spy Who Loved Me’ and the Ernst Stavro Blofeld figure as seen in ‘You Only Live Twice’.

At the moment the range includes Bond from both Goldfinger and ‘The Spy Who Loved Me’, the Golden Girl, Blofeld, Oddjob and Oddjob throwing his hat, Jaws and Bond as seen in ‘Dr No’ and ‘Octopussy’.  The Aston Martin DB5 with Bond as seen in ‘Goldfinger’ will be available soon, and I’m sure there will be a few more releases in the future.  Some fans and collectors can only hope that FUNKO will release a figure from each Bond film.

I will admit that I have broken the golden rule as a collector… ‘DON’T TAKE THEM OUT OF THE BOX’ I sheepishly have! Do I regret it? No!  Because they look awesome and aren’t very big which means I can have them scattered all over the house in various rooms and places for my other half not to notice.

Not only does these please collectors but should please Bond fans.  How I see it is that Bond is back in the shops and is now part of a very large, popular and highly collectable range.

FUNKO VINYL POP have been around since 2010  and have over a thousand figures ranging from Star wars, Marvel, Disney, Game Of Thrones, Lord Of The Rings, Harry Potter, Dr Who and even includes figures from the British Royal Family plus characters from various TV shows.

Now that FUNKO POP have got the licence to the James Bond series this means that Bond alone will be introduced to new audience…The FUNKO VINYL POP Collector and possibly to a younger audience.   For now, it is important to note that this line seems to be promoting the classic films instead of the newer ones. Perhaps in the future they may look to promote Bond 25 with a Daniel Craig vinyl figure as well as other characters such as Naomie Harris’s Miss Moneypenny or Ben Whishaw’s Q. Nevertheless, Bond is back out there!

Recently we have seen the arrival of 1:18 scale die casts from Hot wheels and Big Chief producing exquisite figurines of Sean Connery, Gert Frobe and Harold Sakata followed by a few more.   These however have been in a three digit figure price bracket and are not that affordable for some.

Seeing that Bond is now part of the FUNKO POP range, will we ever see Bond Lego?  Possibly! Lego as we know it has been around for 60 years, but I do feel that is has the same audience as FUNKO POP in the sense that Lego has heavily gone it film franchises such as Batman, Harry Potter, Star Wars and Marvel.  It has been a dream of mine as well as many other Bond fans and collectors.   Going so far for some fans to create their own fan-made packaging.  Wouldn’t these be fun to put together? 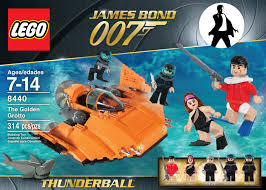 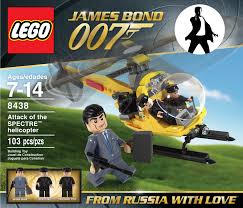 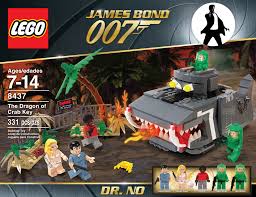 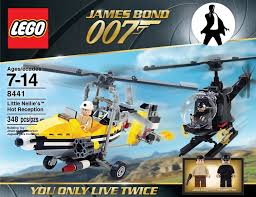 If Lego bought the Bond licence, I would be thrilled and happy as a Bond fan for the same reason as I am about FUNKO…Bond will reach new younger audiences and would be something fresh to see in toy stores. When I was younger I was a huge fan of Lego, and I would spend hours building houses… I now do that for a living.  Lego has changed a lot since then and its not quite how I remembered it as a kid so I don’t collect it, but if they release a Bond set . . . then who knows?

Even if Funko Pop! is an acquired taste they are promoting Bond and its legacy.  For those who want more, James Bond Funko Pop! will return . . . on February 20th with Funko Pop! Rides featuring Bond in the Aston Martin DB5.

Source Images from 007.com and Deviantart