Was James Bond Killed Off in A View to a Kill? 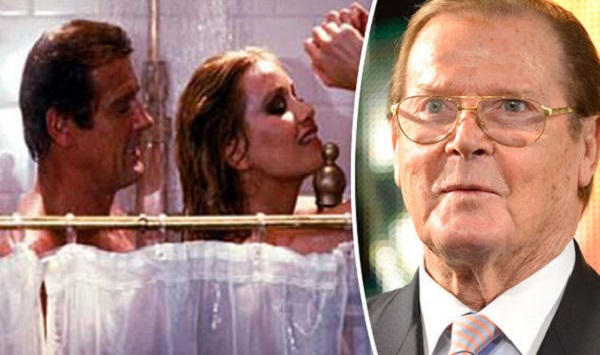 Like many other Bond fans around the world, the recent passing of Sir Roger Moore has made me want to go back revisit his Bond films.  As soon as they announced the double screening of The Spy Who Loved Me and For Your Eyes Only, I jumped at the chance to finally watch those films in all their glory on the big screen.  Since then whenever I’ve had a couple of hours to spare, I’ve popped in my discs of Roger’s Bond films into my blu ray player and lost myself in the world of Sir Roger’s Bond enjoying many of my favorite moments and relishing in the charm and wit of a true legend.  When I got to A View to a Kill, however, I noticed something that I don’t think I’ve ever noticed before.  The ending seemed a bit off.  I’d like to think that this had nothing to do with Sir Roger’s recent death, but it’s been a while since I’ve screened AVTAK so I can’t say for sure.

Every now and again, we see the occasional article with some columnist proclaiming that perhaps Bond should be killed off.   Usually, it’s brought up as a way for the franchise to give Daniel some sort of “ultimate send off” – a way for this franchise to do something different, unexpected, and draw in massive audience numbers since any kind of buzz surrounding the death of Bond would be sure to attract a massive amount of curiousity.  It’s not an approach I necessarily endorse, but it’s something that was even discussed in a recent mailbag episode of the JBR podcast as a possible way to draw a close to the Daniel Craig era.  The thing is though when looking at the ending of A View to a Kill, I have to question- have we already witnessed the death of Bond and have just not realized it?

At the very end of A View to a Kill it seems that M, Q,and Moneypenny don’t know whether or not Bond is alive after that confrontation with Zorin on the Golden Gate Bridge.  Wouldn’t that be something they would know already? Surely the local authorities would have seen to it that Bond and Stacy were safely removed from the bridge plus Bond had already given up his identity as a British agent with SIS.  Moneypenny looks gravely concerned as if something awful just happened. She’s eavesdropping on a conversation between M., the Defence Minister, and General Gogol – who oddly enough wishes to award Bond The Order of Lenin medal.  M. tells Gogol who has just asked about Bond, “Sadly, he’s missing.  We are continuing our search but must presume the worst.”  Maybe M. doesn’t want to share details with his Soviet counterpart, but if that’s the case, why this reaction from Moneypenny?

Then a lighter tone is established immediately with a cutaway to the dishbowl of Stacy’s cat (ironically named “Pussy”) as we watch Sir Roger’s final moments as Bond with Q’s robot finding Bond and Stacy in the shower canoodling and doing lord know what else. When viewed within the context of the film, it makes sense that the film would end this way on a happy note, but if you maybe apply some imagination to it, maybe it’s possible to interpret the scene as a kind of wish fulfillment on the part of the MI6 team.  If Bond had died with Zorin let’s say falling off the bridge or after the explosion of the Zorin blimp, they would want to remember him not as a dead agent but as the lively vigorous and charming man he was.  They would want to believe that Bond is with his girl making out just as he had been at the end of countless other missions. Maybe this was a sort of Irish wake where they conjured up a fun image of the man they admired and went along with it because it gave them comfort.  Maybe we as the audience saw what Q, M, and Moneypenny wanted to see. Q’s line about Bond “cleaning up a few details” harkens back to his final line in Moonraker with Bond “attempting re-entry.” There’s no indication that we’re really supposed to read this much into it, but in an odd way it makes sense to me.  If we go down the metaphysical rabbit hole for a minute, is it possible that the Bond movies themselves are narratives told from a perspective of someone close to Bond the same way that the Sherlock Holmes adventures are largely told to us by Watson?  Just as the fictional Watson wrestled with having to tell the story of Holmes’s death in the Doyle canon, perhaps who ever is regaling us with the story of Bond doesn’t want to show Bond dying.  They’re choosing to show us this instead. 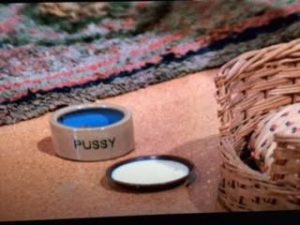 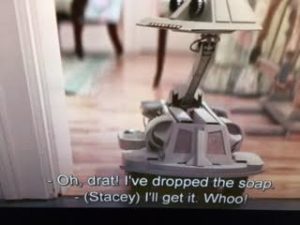 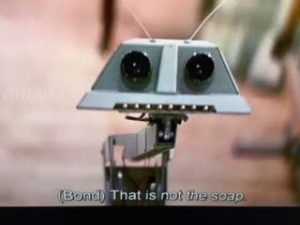 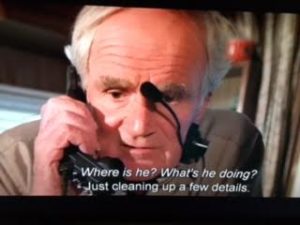 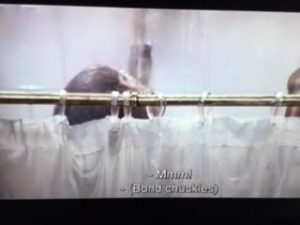 Obviously I don’t think the intention of Cubby Broccoli, John Glen, Roger Moore, or any of the filmmakers was to have audiences intrepret the ending in such a way.  It’s just one of those interpretations that I believe works if you want it to.  Bond films are meant to be entertainment above all else.  Perhaps we get a little carried away when we start deconstructing and dissecting everything as fans tend to do, but while doing that sometimes we find new ways to appreciate the things about a franchise that we already love.  Sometimes we discover things we didn’t notice before, and sometimes we find things that maybe aren’t necessarily there for most people but somehow it makes sense to us anyway.  This is just one of those things.

For her part Tanya Roberts described Sir Roger’s behavior during their nude scenes as quite professional.

“My fondest memory would probably be how cool he was in the nude scenes,” she said in a recent interview. “I never felt he was looking at me oddly, and he didn’t flirt on set​. Instead he would ease the tension with great stories​ about his career.”

It’s not surprising to read that a Bond girl felt comfortable with Roger while filming a nude scene. Somehow, it just makes sense.  It’s one of those things that we just know about the man yet it’s great to hear anyway.  While Bond was “cleaning up a few details,” Roger was just every bit the perfect gentleman both on and off the screen.  Throughout all the innuendo and overt masculinity, there was something about Roger’s Bond that conveyed warmth, compassion, and infinite charm.  Bond may have been a male chauvanist, but Roger was a gentleman.

Was Bond killed at the end of a View to a Kill?  Maybe not.  Maybe this has just been the ravings of a fan who’s dissected things way too much.  Roger, God bless him, will live on in the fond memories of all the fans who appreciate his films.

article by Jack Lugo – Follow Jack on Twitter.  Check out Jack’s blog featuring his fiction writings and links to his new podcast.