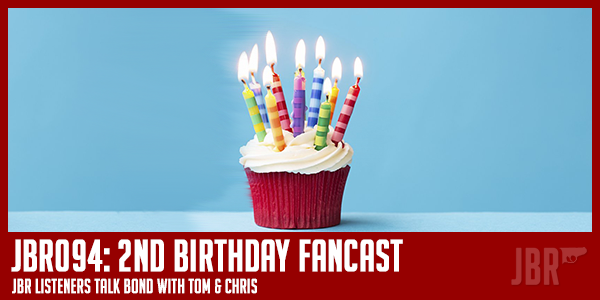 It’s 2016 and James Bond Radio is back with a kiss kiss bang bang!

To celebrate, we’ve invited 5 of our listeners onto the show to talk all things Bond. We have Canada’s James Bond Expert, Murray Gillespie. From Essex, we have Roger Moore’s biggest fan, Simon Uskuri. All the way from Florida we have Jeff Pollock. From Northern Ireland we have Tom Barwick and finally from the Washington DC area, we have The Bantering Boh himself, Brian Thomas.

We also see the return of Bond Celebrity Deathmatch with a killer semi-final matchup and all your favourite Bond games, including a brand new round of ‘Tommy Trivia.’