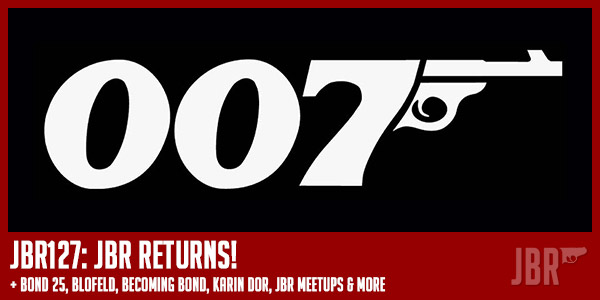 JBR returns after the autumn break to catch up on all things Bond. We cover all the latest news and rumours.

Is Blofeld out of the picture after Christoph Waltz revealed he wouldn’t be back for Bond 25? Will we see another actor take over like we’ve seen in the past? Is it all just smoke and mirrors?

We also talk about the recent Lazenby documentary ‘Becoming Bond,’ and we cover our recent Bondian adventures from Casino Royale Live at The Royal Albert Hall in London to the unveiling of The Roger Moore stage at Pinewood.