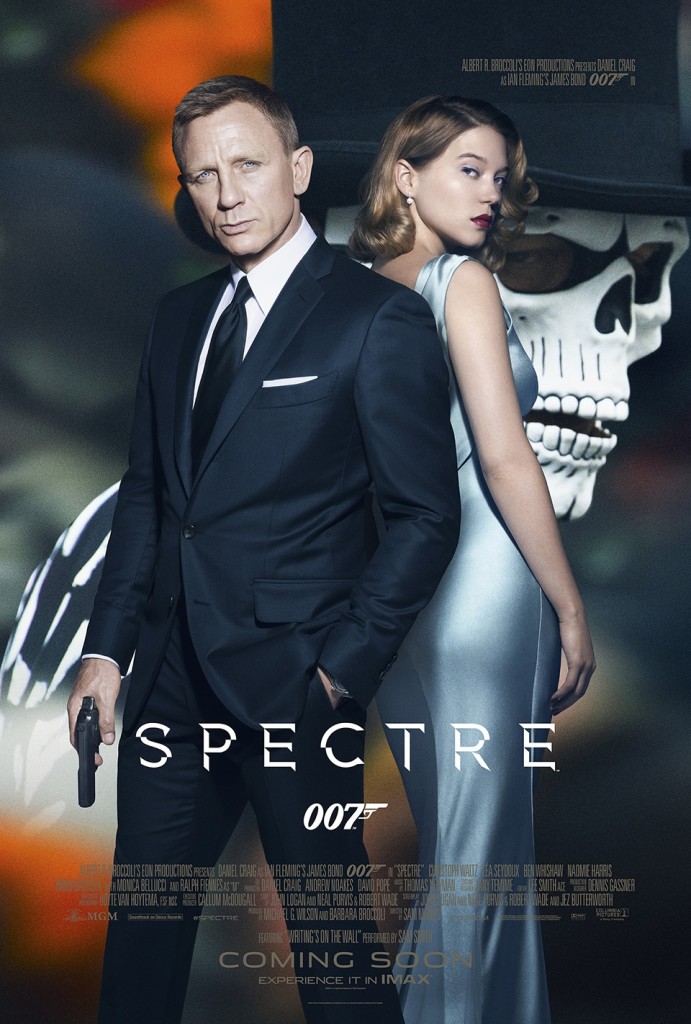 My initial reaction leaving the movie theater after having watched SPECTRE was just, “Wow! That was brilliant,” and I pretty much wrote a Facebook post to that effect.   Now, that I’ve had some time to process the film, I still believe it to be an exciting thrill ride of a movie with some reservations.  The set pieces and action scenes were delightfully executed; the interplay between Bond and the MI6 cast gelled with some smart dialogue and onscreen chemistry; the numerous callbacks and the humor that came into play set a lighthearted tone that had been mostly missing from the Craig era Bond films; and the film generally seemed to fulfill the checklist of all the things I’ve wanted to see in a Bond movie.  It was a fun movie-going experience that  kept me entertained from beginning to end, however, as with any film you might enjoy, the more you over-analyze it, the more that analysis detracts from the actual enjoyment of it.

There’s something to be said for the phrase “movie magic.” The phrase has been around for as long as I can remember, and while it’s a phrase that suits most Bond films, it’s most applicable to SPECTRE.  Just like a magic trick, SPECTRE is a film that works tremendously well from the perspective of an average spectator in the audience, one who isn’t at all concerned about how the trick is accomplished.  It’s when you start to look at the same trick from different angles attempting to deconstruct it, that the “magic” disintegrates.  When it comes to magic, there are two types of people. There are those people who just want to enjoy themselves and take in the spectacle and there are those people who just want to figure out how the trick is done, who ultimately relinquish whatever enjoyment might be gained from the brief suspension of disbelief in order to satisfy their own need to explain what their seeing .  Neither way of viewing the spectacle of entertainment is necessarily wrong, but one way is perhaps more forgiving than the other.  I propose that SPECTRE is a film that will find these two types of people divided and at odds.

SPECTRE is a film that if you don’t think about it much, is absolutely stunning.   It’s a visual feast from start to finish.  The Mexico City pre-titles sequence alone is well worth the price of admission.  I can’t recall a better opening sequence to any film within the Bond franchise or even outside of it.  It’s absolutely fun to watch Daniel Craig weave in and out of the crowd with style and walking along the edges of rooftops with all the cool and composure we’ve come to expect from him.  Once the helicopter comes into play and the fight onboard it goes into full swing, it’s just a pure adrenaline rush of excitement to behold. 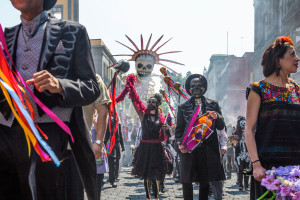 The rest of the film doesn’t quite live up to the fluid tone established by the Mexico City sequence, but the action sequences in Austria and Rome deliver in their own unique ways.  I think Monica Bellucci’s performance was definitely compelling, but they should have tried to find at least one additional scene for her character.  The Rome car chase was fun to watch and the interjections of the phone call to Moneypenny and the old man in the Fiat didn’t distract too much.

I think the main criticism so far tends to be that the humor and call backs to previous Bond films were just a bit too much, perhaps too self-referential.  I can understand where this is coming from to some degree.  Craig’s Bond has thus far been a departure from the traditional cinematic Bond relying more on a grittier more down to earth portrayal that recalls the literary origins of the character.  Casino Royale in particular greatly departed from the formula that had been established by all the Bond films that had preceded it and firmly established Craig as not just a “new” Bond but a rebooted Bond, an antihero apropos to the 21st century and influenced heavily by the darker more brooding direction that Christopher Nolan had explored in his Batman films.  From Casino Royale through Skyfall, we get the sense that this “rough around the edges” Bond was different from all the prior Bonds because this was a Bond that hadn’t been fully formed.   This allowed us to explore the emotional side of Bond as well as establish a traumatic past to tie to the character, a past rooted in the Fleming books but never fully explored to any degree in the films.

In SPECTRE, for the first time since Craig took over the role we have him playing the character of Bond as a fully formed archetype from beginning to end.  This has its advantages as well as its disadvantages.  On the positive side, we don’t have any of that slip in confidence that we see in the other films. Bond is as sure of himself as he’s ever been, and there’s never any sense of doubt that he’s going to execute just about every movement he makes precisely the way he wants and he comes across as smooth and suave as we’ve come to expect Bond to be. On the negative side, the sense of doubt about his abilities in Skyfall enabled the audience to identify with him more and root for him to become the Bond we all know and love by the end of the film. In Casino Royale we see Bond become vulnerable when he falls in love with Vesper and this gave the character of Bond more depth than we had been accustomed to seeing at that point.  In SPECTRE, Bond isn’t vulnerable and he isn’t self-doubting so there’s no hook for the audience to identify with him.  Craig is simply playing a character archetype who has already been fully formed and has already gone on an emotional journey in the three previous films. SPECTRE depends upon the audience to simply enjoy Craig playing Bond without any emotional stakes.  I believe this to be the reason why the film has had many of the lukewarm reviews particularly in the United States.  As a fan of Bond and someone who is very adamant about Craig’s portrayal of the character, I’ve always wondered what a “fully formed” Craig Bond film would look like, and that’s what this film delivers, however, there is a part of me that misses the Bond of the early Craig films who didn’t have it all figured out and who was prone to the occasional emotional meltdown especially when someone close to him died.

The other part of this film that has been heavily scrutinized is the reveal of Waltz’s Oberhauser as Blofeld along with the sloppily written explanation of his origins.  I will admit that it’s probably the weakest part of the film. Generally, the strength of any Bond film relies heavily 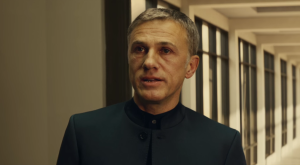 on the villain, and in the Bond franchise Blofeld is the ultimate nemesis for Bond.  The legal battles surrounding the use of Blofeld and SPECTRE are all out there for fans to talk about and discuss, but putting all that aside, the way we finally get the reveal of Blofeld is admittedly a bit anticlimactic in SPECTRE.  Waltz still gives a stellar chilling performance, but the exposition that they chose for him is rather clumsy and unbelievable even if it conveniently ties the Craig era films all together rather neatly.   It’s just a little hard to swallow the concept that Bond and Blofeld were foster brothers, and that Waltz’s character became enraged at his own father’s attachment to Bond following the death of Bond’s parents.  I almost wish they had come up with any other explanation for Blofeld’s connection to Bond, but I don’t think this misstep should taint the entire movie.  The torture sequence inspired by the Kingsley Amis novel Col. Sun alone is enough justification to see past the mishandling of Blofeld’s origins.  That torture sequence was genuinely scary and it had me on the edge of my seat the entire time.  It’s the only time in the entire movie where we feel Bond is actually in danger.  It may seem cruel of me to say this, but I actually wish they had extended the torture sequence.  Seeing Bond in distress for a bit longer would have added to the tension of that scene a bit more.  We all know Bond was going to get out of it somehow, but it’s a scene that could have had the same effect as the chair and rope scene in Casino Royale. In that instance, Bond didn’t actually get out of it on his own, but here he does with help from Madeleine Swann. 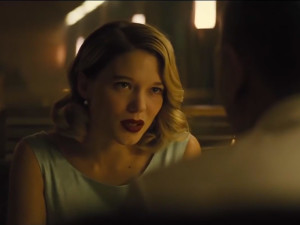 Speaking of Madeleine Swann, I think Lea Seydoux gave us a pretty good performance, but the chemistry was far from the intensity of that between Craig and Eva Green in Casino Royale. Though it seemed to fall a bit short of the mark, I do believe that both Bond and Madeleine fall in love even if I’m not totally convinced that Bond would leave the Secret Service to start a new life with her as he was prepared to do with Vesper.

Of course, this leaves open the possibility of Seydoux’s return, which I’m actually very excited about.  Is it possible that Madeleine will be a Tracy-like figure for Craig’s Bond? One direction I can see this going in if Craig returns for Bond 25 is that Blofeld escapes and kills Madeleine leading to the ultimate Bond revenge film that we’ve been waiting for since the end of On Her Majesty’s Secret Service.  Given EON’s recent penchant for cashing in on the missed opportunities of Bond, I can easily see Bond 25 turning into the equivalent of what Diamonds are Forever could have been had George Lazenby remained in the role as Bond.  Perhaps, they might even go back to the 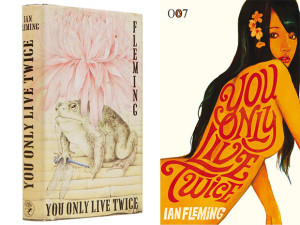 Fleming roots and craft a story more similar to the Fleming You Only Live Twice novel.  Those two possibilities excite me very much because I think it’s the kind of story Bond fans have wanted for a long time.  I could even imagine the pre-titles sequence of Bond 25 being the wedding of Bond and Madeleine juxtaposed with Blofeld’s escape and her eventual death as they embark on their honeymoon.  Just thinking of that gives me chills.

Overall, I have to say I still love SPECTRE.  It’s a brilliant, fun, and engaging Bond film, but it’s a Bond film that you have to sort of surrender yourself to.   You have to be the type of person who enjoys a good magic trick without fussing over the details over how the magician achieves his sleight of hand. The minute you look where you’re not supposed to look, you’ll risk being disappointed.  I, for one, plan to keep my gaze firmly at the center of screen.  It’s a Bond movie and I had fun watching it.  That’s all that matters.