You Only Live Splice: The Editing of John Glen 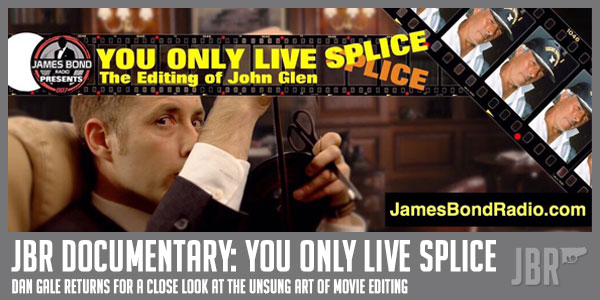 Dan Gale returns from the field for his second JBR documentary: You Only Live Splice.

This time it’s a video only podcast exploring the editing work of everyone’s favourite 80s Bond director, John Glen. Get ready to be blown away with killer visuals, biting wit and more in-jokes than you could shake a Walther PPK at.

Note: This week’s podcast is only available on the JBR website or via the iTunes feed.