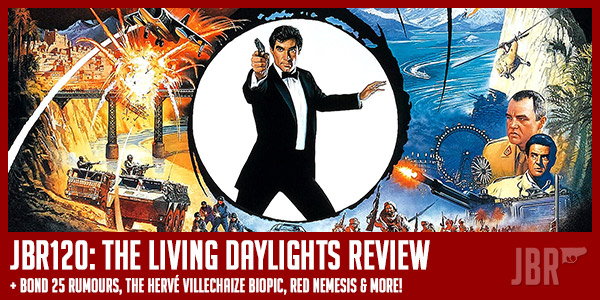 It’s time to say goodbye to Sir Roger and enter the age of Timothy Dalton. The year is 1987. We have a brand new Bond, a Fleming based story and quite possibly the best pre-title sequence in the entire series.

This week on James Bond Radio, we’re going deep on The Living Daylights. We talk about everything from Timmy’s performance in the gun barrel to Kara’s skills on the cello. Daylights is a firm fan favourite but does it hold up 30 years on? Find out on this week’s edition of JBR.