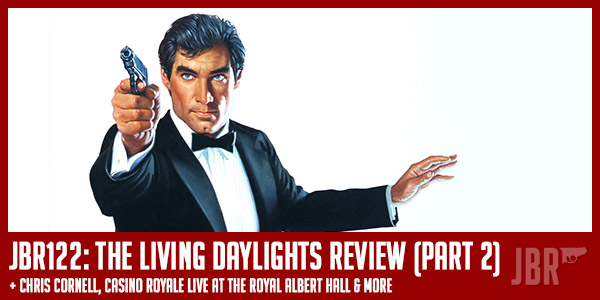 It’s time to talk about the second half of The Living Daylights. Last time we left Bond brooding over the killing of Saunders. This week we kick off with 007 landing in Tangiers on his way to a nasty meeting with General Pushkin.

We’re talking Russian airbases, fights on planes, desert battles, diplomatic bags and a whole lot more on this week’s JBR. Let’s get deep on Daylights and see what we make of the climax to Timmy’s 00-debut.

IMPORTANT: We’re running a JBR charity collection for UNICEF in Sir Roger’s memory. We’d love it if you’d help us reach our goal of £1,500.

You can donate from anywhere in the world in whatever currency you like.