The Making Of The Living Daylights With Charles Helfenstein | Podcast #123 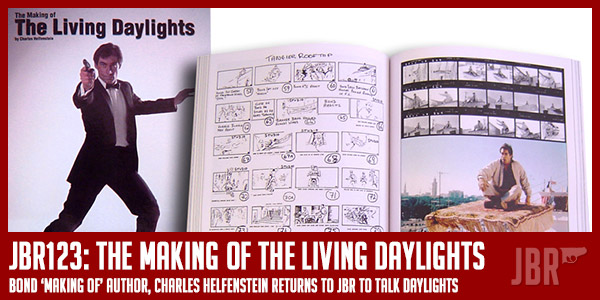 This week we go behind the scenes of The Living Daylights with Charles Helfenstein. As the author of ‘The Making of The Living Daylights,’ Charles has a deep insight into the film. Like his previous JBR appearance for The Making of OHMSS, he again busts some prominent myths, this time for Timothy’s Bond debut. He reveals just who the first choice was to play Bond, Timothy or Pierce? We discover some of the early plot ideas featuring Bond as a 20 year old rookie. And some fascinating scenes cut from the final movie. Get ready for a killer interview as we go even deeper on The Living Daylights

IMPORTANT: We’re closing our UNICEF collection in Sir Roger’s memory. If you haven’t donated and would like to help please CLICK HERE to donate.

You can donate from anywhere in the world in whatever currency you like.