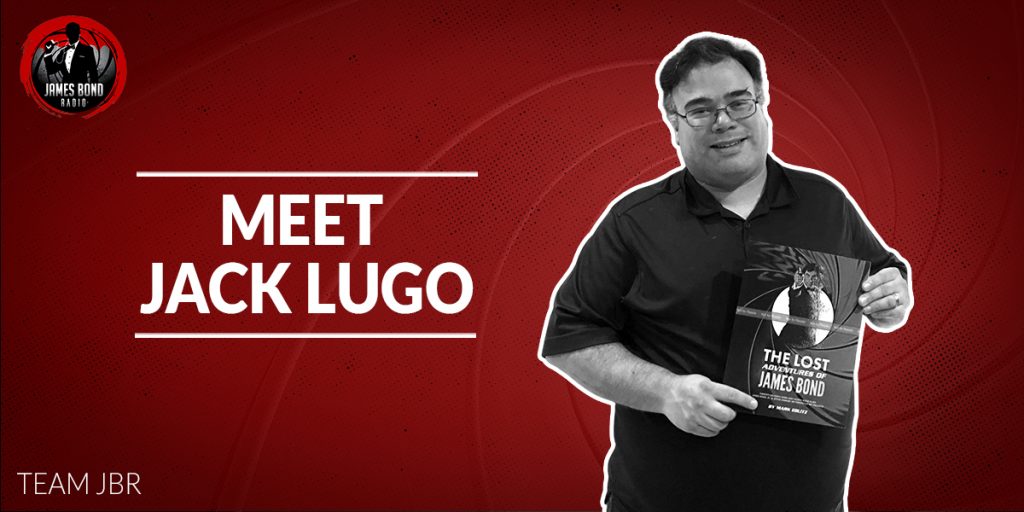 *Our resident Blogmaster at James Bond Radio is long time listener Jack Lugo. Along with writing some great articles himself, he also organises the many guest blogs we have here on the JBR website. So in the usual James Bond Radio fashion, let’s hear Jack’s answers to the 007 Quickfire Questions…

Although there are a few that come close, I have to go with From Russia with Love. It’s Connery at his best. I love watching all the classic elements that make up the Bond formula come together around such a brilliant plot. SPECTRE, Rosa Klebb, and Red Grant present a palpable threat throughout this movie set against the backdrop of the Cold War. There’s a brilliant performance by Pedro Armendáriz as Kerim Bey, one of my favorite Bond allies, and the entire movie is just thrilling to watch from beginning to end. This is pure Bond and it’s very close to Fleming’s vision for how he meant the character to be portrayed.

Also From Russia with Love, but for different reasons. Fleming took a tremendous risk with this book by delving deep into the world of SMERSH and focussing on the Soviet perspective of their scheme for about half the book before we even see Bond appear. It was a bold move that paid off and obviously resonated with readers of his time who found the shift in perspective fascinating. I wish he would have tried this approach again at some point. A close 2nd would have to be Fleming’s novel for On Her Majesty’s Secret Service. It’s, thrilling, brilliant and heartbreaking. I wrote a more detailed review of the OHMSS novel on my site after I read it. I also believe Fleming’s novel for The Spy Who Loved Me is criminally underrated.

That’s a tough one. I have to go with Eva Green. Her performance as Vesper is unparalled within the series. She’s not just stunning to look at, she’s also a woman who is a challenge for Bond on every level from the physical to the cerebral. It’s easy to see why Bond couldn’t resist falling in love with her. She’s the kind of woman who is just engaging in multiple ways. I don’t think Bond would have ever gotten bored with her if she had lived. I truly believe he would have given up everything for her because she was just that unique and brilliant.

I’m going to have to cheat and pick 2. Sean Connery and Daniel Craig are both brilliant and both exude the kind of ruthless yet cool vibe I appreciate about Bond. Nothing comes close to Connery shooting Prof. Dent in cold blood in terms of demonstrating the cold dark nature of the character. Then, you have Daniel Craig who actually accomplishes the nearly impossible feat of showing us the inner workings of Bond’s psyche that you could only get by reading the Fleming books. For me, it’s just impossible to choose between those two men.

The first Bond I saw in the theater was Goldeneye with my Dad. My parents are divorced, and my Dad frequently took me to the movies and that would be our time together. I have a vague memory of my Dad trying to find License to Kill to rent at a video store but I don’t think I actually got to watch it. I just remember my Dad being excited to finally see Brosnan as Bond since he had probably followed the news about Brosnan having come close to playing Bond in 1986. I could remember him talking to me on the way to the movie theater letting me know that Pierce Brosnan was finally James Bond and that we were about to see something really special in this new movie.

My wife and I have the Goldeneye resort on our bucket list. It’s insanely expensive and it’s just a dream at this point, but I’d like to save up the money to go maybe for a future anniversary somewhere down the line once our son has grown up.

It’s probably a tie between the end of Casino Royale and the end of Skyfall. The Casino Royale ending is a pretty powerful moment when we finally get to hear Daniel Craig recite the immortal line, but there’s also something special about the end of Skyfall where we’re introduced to Miss Moneypenny and Ralph Fiennes as the new M, and he’s about to send Bond on a new mission. You realize that all the elements that had been absent for a while are now back and that Bond is finally himself again after being a injured and forlorn for most of the film. There’s just a certain energy about the end of Skyfall that gets me every time.

8. Most Bondian Thing You’ve Ever Done

I’ve lived quite the boring life so there’s not much in this department other than the fact that enjoy a good serving of scrambled eggs every now and again.