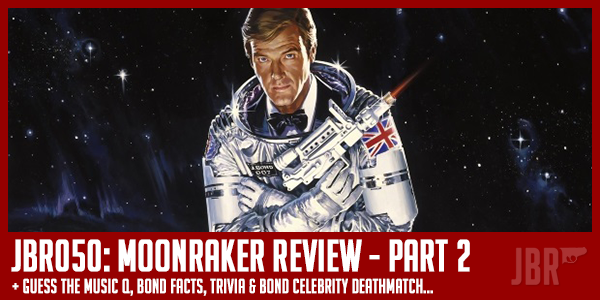 Well, well, well we reached 50 episodes of James Bond Radio. What better way to celebrate than for us to conclude our review of that most polarizing of Bond films; Moonraker.

Along with the Roger action we run the usual gauntlet of Bond Trivia, Guess The Music Q, Complete The Lyric, Guess The Quote and the latest round of Bond Celebrity Deathmatch!