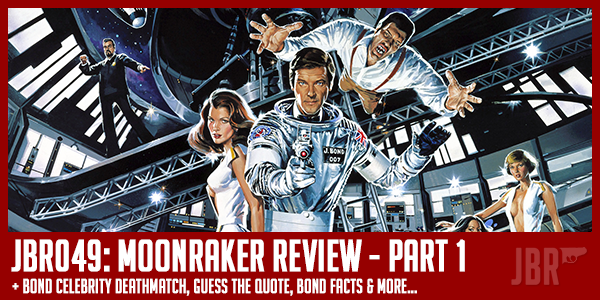 That’s right JBR army, it’s time for us to review that most misunderstood of James Bond films, 1979’s Moonraker.

Until 2002, this film tended to be the butt of many a joke. “Bond in space? Come oooon” and “That’s the crazy one that’s a bit like Star Wars, right?” have been common remarks throughout the years.

So it’s time for Tom & Chris, your intrepid Bond reporters to revisit what was once one of the most controversial among fans and see how it stands up today.

Sit down, strap in and see how many G’s you can take!