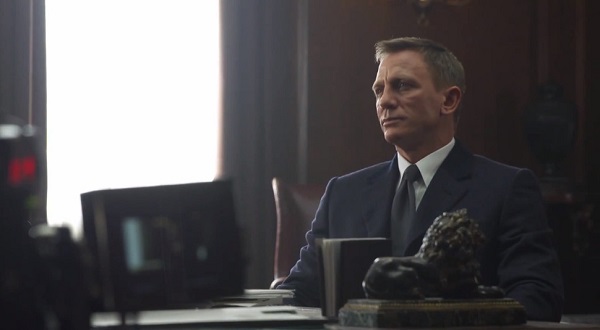 Filming on Bond 25 is just about getting underway this Spring, and the anticipation from the James Bond fan community has been growing immeasurably. Indeed, it might be fair to say a number of Bond fans feel more than “just a slight stiffness coming on.”  While we’re all eagerly awaiting the next entry in our beloved historic franchise, now may be a good time to stock up on Bond books to satiate our palates.  For those of us who are book lovers as well as Bond fans, we may soon find our collective shelf space may not be enough (much to the consternation of some of our significant others). 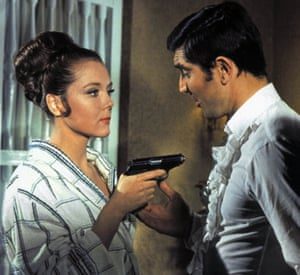 I did a similar Bond books post last year, but I thought I’d do things a little differently this time around. Recently, a number of new Bond books devoted to individual Bond films have sprung out from the woodwork whereas before there were a scarcity of titles that fell under this category. Of course the 2 Charles Helfenstein books devoted to On Her Majesty’s Secret Service and The Living Daylights (links are to US Amazon) remain the gold standard, however, I do believe this new crop of Bond books deserve a category all onto themselves.  For lack of a better name, I’ll call them Bond Deep Dives.

So, for the purposes of this article here are the 2 categories I will be focusing on with some honorable mentions afterwards:

2. Bond Deep Dives (Some of these may be older releases but they are worth listing for anyone unaware of them)

Albert R. ‘Cubby’ Broccoli and Harry Saltzman remain the most successful producing partnership in movie history. Together they were responsible for the phenomenally successful James Bond series, separately they brought kitchen sink drama to the screen, made a star out of Michael Caine in the Harry Palmer films and were responsible for the children’s classic Chitty Chitty Bang Bang. But their relationship was fraught almost from the very beginning. Both men were of such contrasting personalities that relations between them often span out of control, to such an extent that they not only fell out with their star, Sean Connery, but ultimately with each other. Loved and hated in equal measure, respected and feared by their contemporaries, few movie people have loomed as large over the industry as Broccoli and Saltzman, yet tragically they would meet very different ends. Broccoli was feted as Hollywood royalty, and his death in 1996 made newspaper headlines around the world. Saltzman, who had to sell his partnership in the Bond movies to United Artists in 1974 due to bankruptcy, died a virtual recluse and forgotten by the movie-going public.

2. BOND: Behind the Scenes by Mirrorpix (August 1st 2019- UK Release): This will be a coffee table book compilation of behind the scenes photographs taken by Daily Mirror photographers who were granted access over the years to Bond sets and premieres. I imagine a number of these photos will be exclusive to this collection or at the very least rarely seen before.  For Bond fans who collect photography books, this is one to look for later this year.

3. Bond Origin by Dynamite Comics – Hardcover Edition (May 21st 2019): As host of The Comics of Bond series here at James Bond Radio, I’m excited to see that Dynamite Comics has collected the first 6 issues of the series in what is sure to be a stellar hardcover edition.  I interviewed writer Jeffrey Parker last year for the podcast. The work and research that has gone into this series is tremendous. The series picks up with Bond at about age 17 in the year 1941 during the Clydebank Blitz attack on Scotland during World War II. Needless to say, the experience shapes our titular hero and leads him on a journey to become the man and the icon we know he will eventually become.  Don’t miss out on this fantastic series! I also recently interviewed writer and artist Ibrahim Moustafa who joins the series as of Issue #7, which just hit the shelves in March.

4. The Many Lives of James Bond by Mark Edlitz (September 1st 2019): This title promises to be a collection of interviews of Bond actors “who have played Bond in many different media.” Judging from that description, the interviews won’t be limited to the 6 Eon Bond actors (although they are sure to be included of course). Mark Edlitz has been a contributor to The Huffington Post and Ain’t It Cool News. It’ll be interesting to see just who else besides our main 6 Bond actors will be featured in this book. I hope the book includes interviews with voice actors who have played Bond for the audiobooks, but we shall have to wait and see.  Of course, a number of actors have also lent their voices to play Bond for the BBC Radio adaptations as well.

5. SHAKEN: Drinking with James Bond and Ian Fleming – 007 The official cocktail book (US Release May 14th 2019):  While the UK edition was released in September of last year, US customers will find this lovely book in their book stores very soon.  I received a copy of the UK edition, and let me tell you it’s everything you would want from a Bond cocktail book. Not only does it provide countless Bond beverage recipes and instructions from both the films and the Fleming cannon, the book also contains a number of inspired creations featuring drinks modeled after specific characters and Fleming titles. Ever wondered what a Moneypenny cocktail would taste like? If you get this book and try the recipe, you will find out! There’s also this Youtube video you can watch below from Octopus Publishing!

6. James Bond Behind the Tuxedo by Luis Abbou Planisi: I interviewed Lluis on the JBR website recently.  Lluis’s book is a personal account of his Bond fandom as a young man from Spain, and it features a number of notable interviews with Bond royalty such as Dame Judi Dench, Martine Beswick, Bérénice Marlohe, Steven Saltzman, and Sylvan Mason. At a young age, Lluis has managed to compile quite a remarkable journey in Bond fandom.

1. He Disagreed with Something that Ate Him by Cary Edwards: Cary Edwards was recently a guest of our very own incomparable Dan Gale on the JBR podcast. His insights into Timothy Dalton’s two Bond films make for quite a fascinating read.  Dalton fans should definitely check out this book as it will make you want to go back and re-visit those films with a newfound appreciation for things you may not have noticed before.

2. The Many Facets of Diamonds are Forever edited by Oliver Buckton: Our very own Matthew Chernov recently interviewed Oliver Buckton for our website. This book is a compilation of essays written by established Bond scholars and notable bloggers looking closely at both the novel and the film Diamonds are Forever.  Of particular note is the final essay of the book by Edward Biddulph examining the food and drink featured in the novel and film.

3. The Thunderball Story by Sylvan Whittingham Mason: Sylvan Mason is the daughter of screenwriter Jack Whittingham, who undertook the very first attempt at writing a James Bond film script after Kevin McClory persuaded Ian Fleming to allow him to produce what they hoped would be the very first Bond film. Needless to say, this early part of Bond history has loomed greatly over the franchise. Tom and Chris were guests of Sylvan’s during their coverage of Thunderball for the JBR podcast. If you haven’t watched their interview with Sylvan, please do as it is easily one of the best interviews the podcast has done.

4. The Definitive Story of You Only Live Twice by Graham Thomas: This book looks at both the novel and film of You Only Live Twice with heavy focus on locations in Japan where both Fleming and Bond journeyed. The author rightly points to the travelogue nature of Fleming’s novel and traces Fleming’s steps in Japan accordingly.  There are also a number of interesting nuggets of information about the film locations and where to go should you decide to find these locations yourself.

5. A Close Look at A View to a Kill by Andrew McNess: While this isn’t a new release this 2015 book is worth getting for any serious Bond fan who happens to appreciate A View to a Kill.  It’s a film that often gets dismissed or ranked low among Bond fans, but McNess points to just why this underrated entry in the Bond franchise deserves a place closer to our hearts as Bond fans.

It’s no contest.  Charles Helfenstein has done the Bond fan community a tremendous service with these 2 books. If you haven’t collected them yet, you owe it to yourself to do so.

Check out JBR’s interview with Charles during our OHMSS coverage.

2. The Making of The Living Daylights by Charles Helfenstein

Check out JBR’s interview with Charles during our coverage of The Living Daylights.

Honorable Mention for release before 2019

Dynamite Comics have 2 ongoing series worth checking out for any Bond fan interested in the comics.

2. James Bond 007 Issue #5: Writer Greg Pak has taken on the task of telling a contemporary Bond story.  This comic features Bond on a mission to retrieve a mysterious case while also being confronted with a modern day take on an Oddjob-inspired character.  Greg Pak was also a guest during my Comics of Bond series and this latest issue features an exciting new twist Bond fans are sure to love! 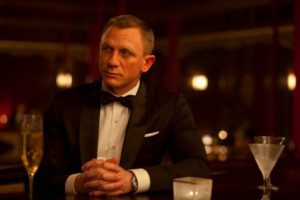 So there you have it!  If you love Bond books as much as I do there is no shortage of books to check out or look into this year.  It’s good to know that there’s plenty to satisfy our literary Bond needs while we wait for news about Bond 25, which should hopefully have an official title very soon!