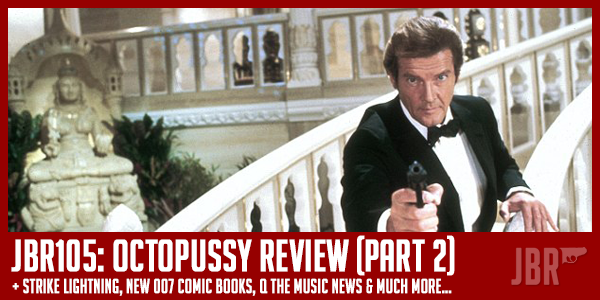 It’s time to get your Octopussy on as JBR reviews part II of Sir Rog’s penultimate 007 adventure! So how does this 80s thriller hold up? Is it all gorilla suits and clown suits or does Bond hold his own against a mad General and a man who might truly be crowned as the Goldenvoiced Prince… “Octopussy… Octopussy.”

We also discuss the latest from the Bond comic book world and have some electrifying news about Q the Music’s upcoming show in November!

Sit back, relax and hopefully you won’t have any problems keeping it up!