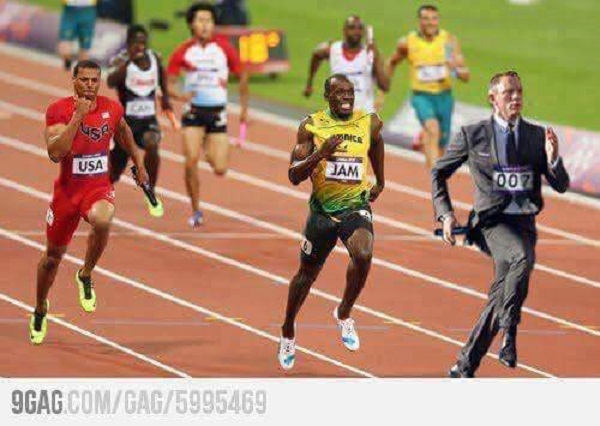 While many fans speculate as to the status and direction of Bond 25, very few are aware of a short film that Eon have decided to put together to commemorate Bond at the Olympics.  JBR was able to get the inside scoop on the project, and I now have the pleasure of giving you all the details.  Inspired by the high praise received by the 2012 Danny Boyle directed “Happy and Glorious,” which united Daniel Craig’s Bond with Her Majesty Queen Elizabeth II, Eon once again recruited the current Bond actor of record to film a brand new short film for the 2016 Summer Olympic Games.  The production, however, became fraught with tension resulting in the unilateral decision from all parties involved to indefinitely shelve the film and deny that any such attempt had been made.  Details are sketchy, however, it would seem that the main source of conflict was the producers’ decision that the film should be a modern day retelling of the 1983 Roger Moore Bond film Octopussy only set in Rio with the Olympic Games as its main backdrop.  Eon commissioned the script to be titled “Olympussy” despite glaring objections from all their advisers.  Daniel Craig took a break from preparing for his leading role in the TV drama Purity to reprise the iconic role perhaps for the very last time.  Many within Bond fandom fear that unless Craig signs on for Bond 25 that the public may never get to see Craig’s final performance as the iconic character.  One TMZ reporter asked Daniel Craig if indeed “Olympussy” will be his final Bond performance, at which point Mr. Craig grinned and laughed refusing to comment.

The short film begins with 2 assassins in pursuit of Bond on top of a train modelled after the Mischka and Grischka scenes from Octopussy only instead twin knife throwing brothers, the assassins are backup dancers for Taylor Swift.  Bond had just stolen a microUSB containing the upcoming Taylor Swift album she was planning to drop in about a year.  Apparently, Eon had interviewed Tom Hiddleston for Bond when they believed Craig might not return, but then rather than letting him down gently, they decided to mercilessly mock him by making his girlfriend fodder for the plot of their short film.  According to the script, MI6 wanted to embarrass Taylor Swift by prematurely releasing her album after she previously helped SPECTRE recruit Kim Kardashian who in turn facilitated Blofeld’s early release in order to film a new villain-based reality TV series called “Totally Evil.” Long story short, Blofeld escaped during production of the first season leading MI6 to believe that Taylor Swift was the brains behind the entire operation.  In the film, the microUSB containing the unreleased Taylor Swift album has the same function as the Fabergé egg in Octopussy.

After fleeing from the Taylor Swift backup dancers, Bond has his full wits on display as he steals a Pokemon from the character that was meant to be the villain of the piece paralleling Louis Jourdan’s Khamal Khan character. Unfortunately, the actor quit the role in a fit of rage and the only scene completed was this shot of him in a tux pointing a gun at Bond.  Bond was meant to reprise the whole “double sixes” scene using Pokemon Go to replace the game of backgammon from the famous Octopussy scene, but once the actor quit they decide to skip ahead and cut the running time of the film.

Bond then earns the trust of this film’s Bond Girl, Regina Olympussy whose main character trait seems to be that her entire body is one large erogenous zone. He learns that Regina has run an entire operation smuggling unreleased pop albums and that Taylor Swift’s album was to be her biggest score yet.  After a highly erotic love scene between the two characters, Daniel learns that Olympussy’s main motivation is to derail the Olympic Games with an enormous stink bomb that would force the Olympics to relocate to another venue.  You see her mother, Major Dextoria Smythe farted in the diving pool during the 1976 Olympic Games in Montreal. After the humiliation, she vowed to move to South America to start a new life amongst strangers who wouldn’t be aware of what happened.  Some few years passed when Dextoria Smythe thought it was safe to return to a local Rio swimming pool when one of the other patrons farted and turned the pool green.  The local authorities investigated and found out that Dextoria had been at the pool so they therefore immediately cast the blame on her cementing a lifelong family torment, one that Regina Olympussy must now avenge.

Once Bond learns of Olympussy’s dangerous plot, he becomes determined to foil it only after having escaped Olympussy’s private island, he finds himself having a difficult time getting transport to Barra Olympic Park in Rio where the Games are currently being staged. He finally arrives with local and international authorities in pursuit even running on the main track during the running competition, but soon finds that he must disguise himself in order to make his way into the main arena where the stink bomb is to be let off. Quickly, Bond ducks into a cupping session next to Michael Phelps and emerges in a bathing suit with his shirtless body covered in cupping bruises, which enables him to fit right in among the athletes. Unfortunately, Daniel Craig objected to the idea of subjecting himself to the process of cupping and insisted that the cupping bruises be added in post-production using CGI, however, since the film has been shelved the CGI was never added to the scene. He sees Olympussy about to set off the bomb and he tackles her just as she lets off the bomb turning one of the diving pools green.   The divers and the audience hold their noses and are taken aback with the incredible stench as Olympussy relishes the fact that she’s accomplished her mission.  Bond looks dejected as he escorts Olympussy out of the arena placing her under arrest. 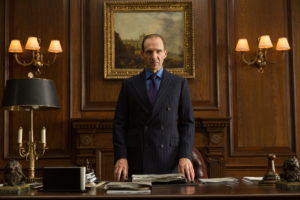 Back at MI6 headquarters, M. welcomes Bond into the office.  Apparently, the stink bomb at the Olympic pool was small potatoes compared to the loads of microUSBs discovered at Olympussy’s private island.  M. takes the chip with the unreleased Taylor Swift album declaring “This was her only copy.”  He then takes his empty bourbon glass and smashes the chip. The film ends with M. informing Bond that he has “once again saved humanity from the clutches of evil.”  Bond grins and tells M. that it was all in a days work.

He walks out of the office sees Miss Moneypenny and says to her, “If you’re up for it, meet me at my place for a close shave later tonight.”

Moneypenny replies, “It doesn’t look like you need one.”

Bond tells her, “Perhaps I don’t, but I was hoping you do.”

Just as they were about to release the film, Barbara Broccoli and Michael G. Wilson came to their senses and discovered that they had been temporarily hypnotized by Chris Wright.  Eon now categorically denies that this film was ever made, but anonymous sources have made it possible for JBR to present what little is known about it to you. If you dislike or take offense to any part of the story contained herein, please don’t blame us.  We’re only the messengers after all.  It’s not as if we’re the clowns behind it all.

A lark by Jack Lugo