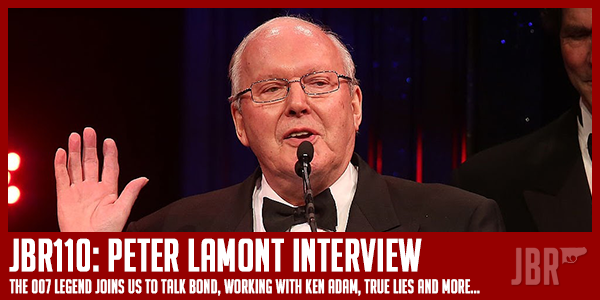 It’s time to welcome Oscar winner Peter Lamont to JBR this week. As someone who worked on a total of 18 Bond films from Goldfinger to Casino Royale, we could have made 100 podcasts based on Peter’s stories alone.

In today’s episode we hear what it was like to work on some of cinemas all-time classic movie sets. We hear all about his time working alongside Ken Adam, taking over the top job on For Your Eyes Only, the terrifying story of being held onboard a hijacked plane during the filming of Octopussy and a whole lot more.

We’re truly honoured to have Peter on the show this week, a truly lovely man and an undisputed all-time Bond legend.