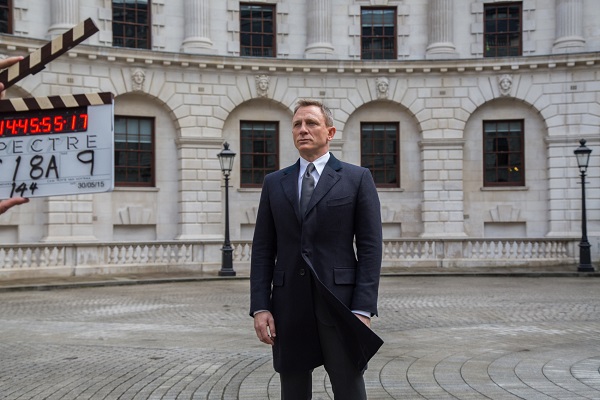 The most recent Bond 25 news has no doubt frustrated many Bond fans.  Late Friday night the official Bond website and social media pages confirmed reports that Bond 25’s release date has been pushed back 2 months from it’s Valentine’s Day 2020 slot to April 8th 2020. Then on Saturday night came a report from The Playlist journalist Rodrigo Perez indicating that noted screenwriter and producer Scott Z. Burns has been hired to essentially “rewrite” Bond 25.  Additionally, the unofficial Bond fanpage MI6 confirmed what many had suspected about the original John Hodge / Danny Boyle Bond 25 plans.  According to the website the Hodge / Boyle screenplay would have ended with the death of James Bond.  Furthermore, the Hodge / Boyle screenplay had Bond imprisoned by the villain “for most of the script.”

For many hardcore Bond fans these developments have not only been un-welcome but have also added to the list of growing concerns about the next installment in the Bond franchise. A growing number of social media posts have highlighted the fandom’s frustration with the long gaps between films along with expressing a general sense of exasperation regarding the development of Bond 25. The film initially announced a November 2019 release date prior to securing a distribution deal. Then Danny Boyle and John Hodge were announced along with a distribution deal.  Months passed with fans anticipating Bond 25 as a Danny Boyle film.  Then suddenly “creative differences” were cited with Boyle leaving the project and Hodge shortly thereafter.  Fans were left hanging for weeks as a new director was sought.  Finally, Cary Fukunaga was announced as the new director with the de facto likelihood of Purvis and Wade returning to complete work on a Bond 25 treatment they had begun prior to the involvement of Boyle and Hodge.  The release date was set at February 14th, 2020 resulting in a 3 month delay.  Then a Tweet from an editor at Collider incidentally mentioned that the production start date for Bond 25 would commence in April a month later than fans anticipated after speaking with Bond 25 cinematographer Linus Sandgren. Even after all this, most Bond fans were encouraged by the fact that the February release date hadn’t changed . . . until it did the very day after Valentine’s Day when many Bond fanpages had begun a one year countdown to Bond 25.  Check out The Spy Command’s timeline for exact dates and links for these stories and more.

Personally, as a fan I sympathize with the general frustration expressed by Bond fans but I also try to keep things in perspective and remain optimistic that we’ll ultimately end up with a great film.  There have been some great films (even iconic films) to emerge out of “production hell.”  Just because a film suffers setbacks or creative differences behind the scenes during production doesn’t necessarily mean the resulting film will be all that bad.  Films such as The Godfather and Gone with the Wind went on to achieve legendary status in cinematic history despite setbacks, obstacles, and even “creative differences” between producers and their respective directors.  While Bond films mostly aim to be escapist entertainment rather than cinematic masterpieces, it’s helpful to note that just because the road to making Bond 25 has been less than ideal it’s still very possible that the resulting film might rise up to meet or exceed the expectations of fans despite all the turmoil.

If I may, I’d like to explore what may be going on behind the scenes.  Some of this is just a bit of speculation on my part so take that for whatever it’s worth. Obviously, more than one of these scenarios might be at play at the same time:

Based on the previously mentioned Playlist article by Rodrigo Perez, “no one is entirely happy” with the script that Purvis and Wade handed in.  Of course Purvis and Wade returned after John Hodge’s screenplay failed to get greenlit leading to Boyle and Hodge’s exit. There are two prevailing narratives among Bond fans. One is that Purvis and Wade reworked Hodge’s script in order to meet the production schedule.  The other is that Purvis and Wade had written an alternative treatment for Bond 25 prior to Boyle and Hodge’s involvement, which had been shelved and now given the green light from Eon. Based on what is known, it would seem as if the latter scenario is most likely although we shouldn’t rule out the possibility that John Hodge may ultimately receive a screenwriting credit.  It appears that Scott Z. Burns has been brought on board to perform an “overhaul” to the point where Perez believes that Burns not Purvis and Wade will receive top billing as the primary screenwriter.  While it’s not unusual for script doctors to come on board to tighten screenplays prior to production, they usually remain un-credited and generally work to improve the work submitted by the credited screenwriters as Jez Butterworth did on Skyfall. Many fans are pointing to this development as the primary reason for the latest delay.  I think they are mostly right, however, much might depend on when production actually starts.  According to Perez, Burns has only just recently come on board so if he’s performing “an overhaul” I would think he’d need more time if production were to kick off in April.  If the start of production is delayed another 2 months to coincide with the delay in the release date, then it would confirm the notion that Burns needed more time to really craft a screenplay perhaps retaining some of Purvis and Wade’s ideas while writing mostly original material.  If production begins in April, then I would suspect that perhaps Burns is retaining most of Purvis and Wade’s material while adding enough of his own material for a screenwriting credit. The most pessimistic Bond fans have rushed to the conclusion that Purvis and Wade handed in an awful script and Burns is being brought in for “mop up duty.”  I’m more inclined to believe that perhaps the Purvis and Wade screenplay might actually be deemed decent enough as a starting point for Eon but not good enough to enter production as a finalized working script.  Purvis and Wade have benefited a great deal in past from other collaborators being brought on board most notably with Paul Haggis during Casino Royale.  It depends on if you’re a glass “half empty” or “half full” kind of person.  We will have to wait and see how the screenwriting credits ultimately breakdown. 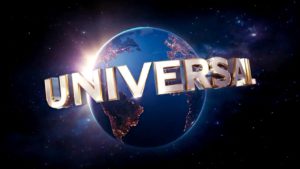 The screenwriting issues may not be the only reason for Bond 25’s delay.  On the same day that the Bond 25 release date change was announced, Universal changed it’s release date for the latest Fast and the Furious franchise entry.  Universal is responsible for Bond 25’s international distribution while the new joint venture between MGM and Annapurna – United Artists Releasing – will distribute Bond 25 domestically. It’s uncertain whether or not the Fast and the Furious film has production issues of its own, but the end result is that Bond 25 is taking a release date slot vacated by another Universal property.  To casual film fans this may not seem indicative of anything, but industry insiders will be quick to point out that studios make these kinds of moves based on motivated business factors such as the desire to have a film released on Easter weekend. It would seem to make sense that releasing an action film on Valentine’s Day may be deemed less profitable than releasing a film on Easter Weekend.  If the Fast and Furious film needed to be moved out of it’s Easter slot, someone high up at Universal may have crunched the numbers and determined that moving Bond 25’s release date to April may serve their interests better than not having any film for that release slot at all.  If that’s the case, then despite the agonizing wait for the fans everyone on the business side of making this film wins since the aforementioned screenwriting issues with Bond 25 would seem to indicate that the production could benefit from more time anyway. I believe it’s a combination of accommodating the screenwriting time needed by Scott Z. Burns as well as Universal’s shifting of its Fast and the Furious release date that has caused the delay we’re now faced with. There could also be something else in play as well. 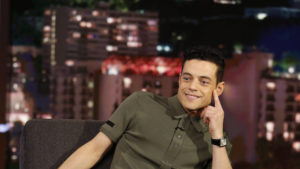 Bond fans are no doubt aware of the rumors surrounding Rami Malek’s potential involvement with Bond 25.  For now those rumors have quieted down mainly because Malek is in contention for the Academy Award for Best Actor for his performance as Freddie Mercury in Bohemian Rhapsody. It’s curious, however, that Malek has been asked about his rumored involvement with Bond during talk shows as well as on the red carpet. Generally, the questions asked during these kinds of celebrity interviews are heavily vetted by segment producers who can be guided or persuaded by agents or other insiders.  They wouldn’t just randomly ask Malek about playing a Bond villain if there wasn’t any truth to it or if Malek himself was going to deny it.  The fact that Malek coyly suggests that he’d be open to playing a Bond villain would seem indicative of some kind of maneuvering behind the scenes to make that happen. My suspicion is that Malek may indeed be on board for Bond 25 but agents, producers, and studio heads may want to wait until after The Academy Awards ceremony on February 24th to either confirm or leak the news about Malek’s involvement.  There is also the matter of Malek’s shooting schedule for Mr. Robot which is set to begin in March.  In order for Malek to meet his commitment to Mr. Robot and join the cast of Bond 25, it’s likely some kind of arrangement and compromise regarding his availability would have to be made.  I suspect we’ll find out soon if that’s the case. My prediction is that this may be the next major Bond 25 story to come out.  If I’m right, this would be a major casting win for Bond 25.  Malek is favored to win the Academy Award for Best Actor, but even if he doesn’t win his involvement with Bond 25 will generate a massive amount of mainstream interest and positive buzz, which some might argue this film desperately needs. 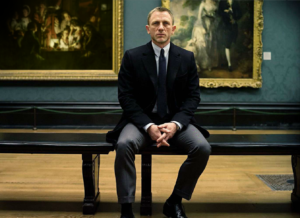 Bond fans might find the wait in between films along with the most recent delay announcement to be quite agonizing.  While I don’t subscribe to the notion that “everything is fine,” I think there is reason to remain cautiously optimistic. We can’t ignore the fact that this is the third announced release date, however, my best guess is that a combination of factors have led Eon to where they are with this film.  Could they have managed things better?  Of course.  Announcing the first 2019 release date prior to securing a distribution deal was unwise at best. Agreeing to move forward with Hodge and Boyle’s pitch only to bail out on it undoubtedly wasted time.  Despite everything, I think securing the services of Cary Fukunaga and now Scott Z. Burns are positive developments that could potentially result in a great Bond film once we finally get to see it. Only time will tell.

by Jack Lugo. Follow Jack Lugo on Twitter and read his short story Just a Memory at his personal blog. 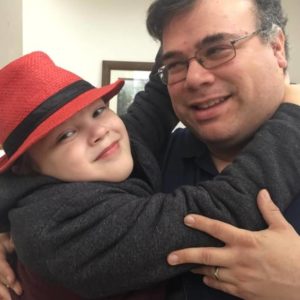