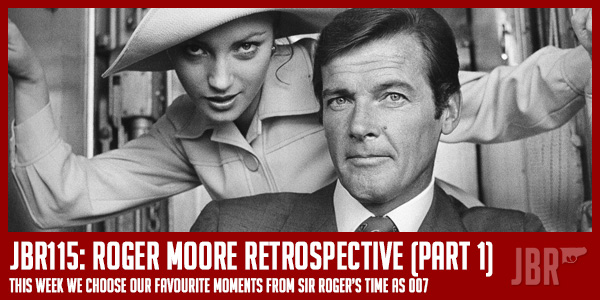 Now we’ve completed our reviews for all 7 Roger Moore, James Bond films it’s time to look back on the entire period for one final retrospective. This time we’ll be looking at all of our favourite Roger moments from his ‘Bond…James Bonds’ to his M scenes, his Q scenes and his Moneypenny scenes.

This is going to be a fun one so get your cigars and fake nipples at the ready, it’s Roger time!