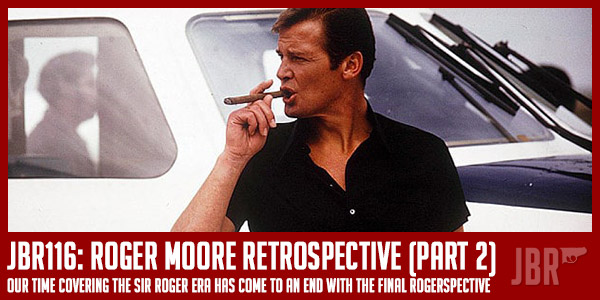 This week we’re concluding over 2 years of Roger Moore 007 coverage with the final part of the Roger-spective. We’ll be looking at our favourite deadly situations, fight scenes, chases, villain deaths and a whole lot Moore…er…more.

In addition, we’ll be revealing the winner of our recent JBR family poll to see who YOU want to direct Bond 25. We’ll be talking about Purvis & Wade’s recent comments about Bond post Trump, and catching up on all the latest news from the world of 007.