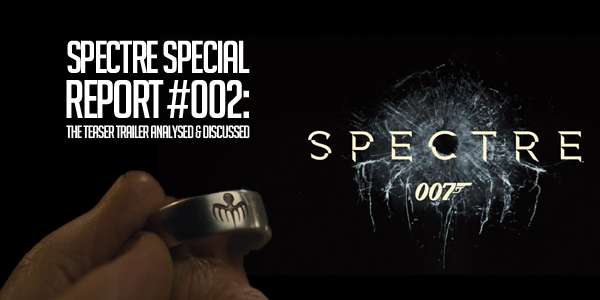 So after a night’s sleep, James Bond Radio is back with a bonus emergency episode all about the brand new SPECTRE teaser trailer.

This is such an exciting time to be a Bond fan!

Join me (Tom) on Sunday, April 5th to enjoy a few drinks, engage in some Bondian chit chat and watch Goldfinger on the big screen at the Prince Charles Cinema, London! It’ll be a great chance to discuss the teaser trailer at length with some other like-minded geeks…plus, GOLDFINGER ON THE BIG SCREEN!

There’s only 52 left at the time of writing this, so chances are they’re going to sell out soon.