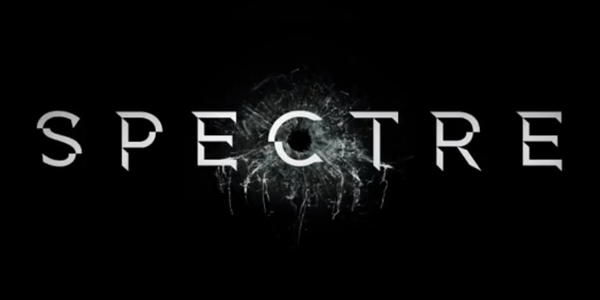 (JBR Listener, Jack Lugo speculates on the themes involved in Bond 24. I think it goes without saying that if you’re trying to avoid all things that may end up as potential spoilers, then it’s probably best to avoid this post. With that said, it is ONLY speculation…)

Okay, I may be reading too much into things and some may say it’s too early to speculate on the plot of Bond 24, which we learned has been titled SPECTRE, but part of being a fan is speculating, obsessing, and overthinking about the object of your fandom.   I suppose every franchise has fans who constantly try to guess and find out all the details they can about upcoming projects.   Bond is no different. So here we have the official synopsis:

A cryptic message from Bond’s past sends him on a trail to uncover a sinister organisation. While M battles political forces to keep the secret service alive, Bond peels back the layers of deceit to reveal the terrible truth behind SPECTRE.

In addition to this we have snippets of interviews that are purposely meant to be vague and noncommittal about any further details about the film. The one that intrigues me most, however, is the quote from Ralph Fiennes, which could be heard here:

Referring to Judi Dench’s M. character, Fiennes is quoted as saying, “She still haunts this movie . . . in a way you’ll find out.” It’s been said a few times that the next Bond film will continue on themes that were featured in Skyfall, particularly about Bond’s past. In a previous interview John Logan said, “The new movie continues the themes of Skyfall. Some of the characters and themes that we began to introduce in Skyfall will play out, I hope successfully, in the next movie.” (http://screenrant.com/james-bond-24-script-details/)

Now Skyfall reveals for the first time elements of Bond’s past in a very direct way when we get to see where Bond grew up and see the gravestones of Bond’s parents. In the Casino Royale film, we got that initial exchange with Vesper where she guesses that Bond was an orphan. Now combine that with the literary Bond where we learn in Ian Fleming’s You Only Live Twice novel that Bond’s parents (Andrew Bond and Monique Delacroix) were killed in a mountain climbing accident in the French Alps when Bond was 11 years old.  Could this be the “unresolved childhood trauma” that Silva refers to in this scene from Skyfall?

Okay, so having gathered all that information together I came up with this theory. I believe what we will be dealing with in this next film is the death of Bond’s parents. I know the poster with the bullet hole in the glass has people thinking about Tracy and On Her Majesty’s Secret Service, but I have a hard time thinking they would be that obvious especially when the title reveals who Bond will be facing off against. Since this latest Daniel Craig era of the franchise is a reboot, it offers a marvelous opportunity to reshape the character of Bond and delve into areas of his past that we’ve never dealt with before. I’m guessing the organization, SPECTRE or Quantum, will have had something to do with the death of Bond’s parents even if it was in the most indirect way. It could be that Andrew and Monique Bond were collateral damage to some previous operation. Perhaps they were in the wrong place at the wrong time. Another possibility is that maybe Andrew Bond was somehow involved with SPECTRE perhaps as an asset or as someone SPECTRE was extorting although I don’t know how far EON would allow this next film to determine the canonical imprint for Bond’s parents. After all, if they do choose to pursue a plotline involving Bond’s parents, it’ll be something that the franchise will have to live with for generations. Getting it wrong could subject the franchise to endless negative criticisms, parodies, or worse.

So, if indeed this next film will deal with Bond’s parents, what about the quote from Ralph Fiennes saying that Judi Dench’s M will haunt this film? Well, this is how I think that will factor into this movie. It’s possible that Judi Dench’s M. may have had direct knowledge of the truth about the death of Bond’s parents. Maybe, just maybe, the “cryptic message from Bond’s past” is indeed from Judi Dench’s M. There has not been any confirmation of Judi Dench’s involvement in the film. In fact, in recent interviews she has seemed quite upset about the killing off of her character (http://www.mirror.co.uk/tv/tv-news/judi-dench-wasnt-best-pleased-4641596). However, it might just be possible that she may make a cameo in this film in some kind of recording made prior to her character’s death, or if Judi Dench won’t be involved there’s still nothing preventing the filmmakers from making it clear that this message is indeed from her character.

So, if Judi Dench’s M. is the source of this cryptic message, what was her role in this? Perhaps she anonymously ensured Bond’s safety after he was orphaned while at the same time keeping the truth about his parents hidden from him. At the very least, she might have been the one who recruited Bond into the Secret Service prior to his becoming a “00” agent. We don’t know much about Bond pre-“00” status. From the Craig-era Bond films, it’s certainly within reason to suspect that M. guided his career all along. If that’s the case, perhaps she had very specific reasons or motives for that guidance.   There are a lot of potential things we may learn about Bond’s past if that is the case. Perhaps SPECTRE wanted to recruit him as a young boy for their own purposes and M. intervened. Perhaps SPECTRE and M. had some sort of conspiracy that M. couldn’t afford to reveal because it was for some “greater good.” Perhaps, M. was in some way responsible for the death of Bond’s parents either directly or indirectly. Maybe there was a failed MI6 operation that she was involved with prior to becoming head of MI6. Try as she might to hide it, Judi Dench’s M. seemed to have more of an emotional investment in Craig’s Bond than she did with Brosnan. The whole mother-son dynamic was played up pretty well in these past films even if M. appeared emotionally detached when she ordered Eve Moneypenny to “take the bloody shot.”

So, if I’m right and I admit that I may not be, this is how the film plays out for me. The beginning of the film will involve Bond finding that “cryptic message” from Judi Dench’s M. I’m banking on a recording of some sort. Maybe it’ll just be audio or it could even be a letter. Bond implores Ralph Fiennes’ M. to let him investigate further but M. is involved in this sort of political turmoil involving MI6 and the Secret Service so he wants to keep Bond under control or perhaps use him for some unrelated mission. Bond defies orders and investigates anyway. During the course of the investigation we find Bond flashing back to his childhood around the time of his parents’ death. He’s since suppressed the memory of the night of their death and has coped for a long time without thinking about it but Dench’s message forces him to confront the memory. We then learn of SPECTRE’s involvement in Bond’s past. Bond’s parents were in Austria on a skiing trip when they somehow became entangled in a SPECTRE operation. We eventually learn that SPECTRE killed Andrew Bond (either as collateral damage or purposely with motive) and Monique runs off with young James to save her son. They find a secluded house or cabin where Monique thinks she and her son will be safe. Young Bond and his mother settle down as she tries to comfort him about his father. They snuggle together for warmth with his mother holding him in her arms when out of no where . . .A SINGLE BULLET (the same bullet we see in the poster) pierces the glass right behind Monique Bond’s head. She falls dead next to a disoriented and confused Bond. He spends the rest of the night in fear next to his dead mother until the newly orphaned Bond is discovered the next morning.

Back in present day, Bond learns that SPECTRE was responsible for this traumatic childhood event and as it happens, the seemingly unrelated case that Fiennes’ M. wanted to give to Bond is ultimately linked to SPECTRE. Bond returns to MI6 where M. knows that he’s ultimately needed to get back to work. Mr. White becomes crucial to discovering the roots of Quantum which was really SPECTRE all along. Bond captures him again and attempts to get information but that’s when we learn that Andrew Scott’s Denbeigh is a mole entrenched in MI6 and he kills Mr. White before he could talk. Bond tries to capture Denbeigh but he ultimately escapes with help from Mr. Hinx. Eventually, it all leads to a first confrontation with Waltz’s Oberhauser character who ultimately reveals himself to be Blofeld. We learn that Blofeld ordered the killing of Bond’s parents (or at least his father), but that he let young Bond live because he thought Bond would one day make a good agent for SPECTRE. Maybe something else about Bond’s childhood led Blofeld to believe that Bond could be of use to the organization. Instead, Dench’s M. ensured that SPECTRE could not get to Bond by having Bond recruited for the Secret Service and carefully guiding Bond’s career acting as a stand-in mother because maybe she was supposed to originally thwart the killing of Bond’s parents but failed.   With the truth revealed, Bond faces off against Blofeld but Mr. Hinx is in the way. The two fight having perhaps multiple confrontations and chases. Eventually, Mr. Hinx is killed but Denbeigh is still there to protect Blofeld and makes sure Bond is ensnared again. Of course, in the midst of all this Bond has time to bed two Bond women (because well, what’s a Bond film without Bond having sex?). Obviously, I’m sure Bellucci and Seydoux have more involved roles that are appropriate to the plot, so I’m sure their characters will have important crucial moments. Bond prepares for a final confrontation but Blofeld and Denbeigh make sure it isn’t easy. He gets close to Blofeld perhaps even killing Denbeigh, but Blofeld gets away setting the stage for . . .BOND 25.

Obviously, this is all speculation on my part, but that’s the fun of it all isn’t it? We have almost a whole year of speculating, guessing, and overanalyzing to do before we see the film so let’s have some fun with it. I’d like to know what you think of my theory so please leave your comments below and tell us some of your theories. Let the fun begin.