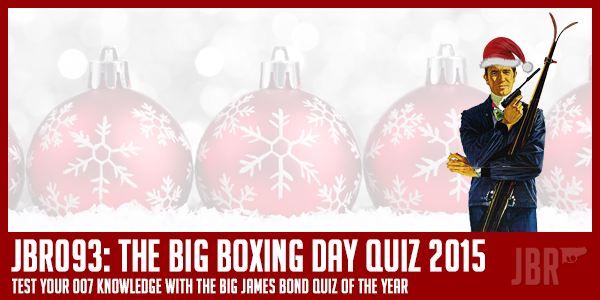 It’s that time of year again! The presents have been opened, the turkey has been eaten and Santa is finally putting his feet up somewhere warm with Mrs. Claus. What else is there left to do but enjoy a super size portion of Bond, James Bond, during the holiday season?

The time has come for this year’s edition of The Big James Bond Boxing Day Quiz and this time it’s a doozy! Grab a pen and paper, pour your favourite Christmas tipple and get ready to put your Bond knowledge to the test!