The Music of Bond: An Interview with Producer Lukas Kendall 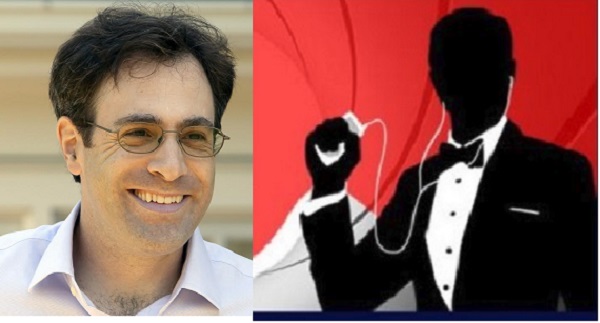 Lukas Kendall is the founder and editor in chief of Film Score Monthly. Back in 2003 he had the unique opportunity to produce the remasters of the Bond soundtracks.  I recently interviewed Jeff Bond who wrote the liner notes to those releases, and Jeff was kind enough to put me in touch with Lukas who had actually supervised these soundtracks. Needless to say I was very keen to ask Lukas some questions regarding the Bond soundtracks, and Lukas was quite generous to take the time to answer my queries. If you’re a fan of the Bond soundtracks, then you’ve most likely listened to these 2003 remasters since they are the most current commercially available official releases. It’s time to find out the story behind this project and find out more about Lukas Kendall, the man who produced these 2003 remastered editions.

JL: Can you tell us a little about yourself and what you do at Film Score Monthly?  How did you come to develop a passion for film scores?

LK: I am the founder and publisher of Film Score Monthly, a hardcopy magazine about movie music (1990–2005) and a specialty CD label (1996–2013). I was a huge movie music fan as a kid, as an extension of my interest in movies and television (mostly sci-fi and genre), and desperate for more information about movie soundtracks—this was before the Internet so it was very difficult even to find out composers’ credits. Today FSM exists as a free website (www.filmscoremonthly.com) and message board with an online subscription magazine (FSM Online). Recently, I’ve personally stepped away from FSM and film music in general in favor of other pursuits, though I am still involved with some CD projects from other labels as a consultant.

JL: Tell us how you came to produce the 2003 remasters to the James Bond soundtracks.  Was this a project that you lobbied for or were your services sought out based on previous work?

LK: Strangely I can’t remember exactly how it happened. I had been licensing soundtracks for FSM from MGM for several years and I’m sure I inquired about the Bond scores, as did my competitors. The album rights were held by EMI (today, Universal Music) and I dimly remember reaching out to an A&R executive over there. I definitely remember being invited to a meeting at EMI because they were, in fact, going to reissue the Bond soundtracks that they controlled (from Dr. No through GoldenEye, excluding Licence to Kill). I pitched them on expanding as many of the titles as possible. I remember at that meeting desperately saying anything to get them to say yes—I was a huge fan, I had been dying to hear this music for myself. I think I finally said, “What were you planning on spending?” and whatever the answer was, I said I would produce the expanded editions for the same amount of money. They said yes.

JL: Can you explain a little bit about the technological aspect of the remastering process and how you managed to achieve the best sound quality possible for these soundtracks?

LK: For the titles I worked on—Thunderball through Live and Let Die—we had the first-generation master tapes of the scoring sessions newly transferred and mixed in Pro Tools (the predominant music recording/engineering software) from the multi-track tapes: from 1/2″ three-track for Thunderball to 2” 16-track for Live and Let Die. We used the existing album mixes as a guide for how the music is supposed to sound. Doing new mixes from the original, unmixed channels allows for much greater clarity and quality than fans have ever heard on the LPs or even the first versions of the CDs. In the old days, every time you made a copy of the master, you lost some of the sound quality—and the old album masters were many generations away from the source, intended for home vinyl playback. So it was a substantial improvement.

JL: What was the biggest challenge you faced on this project?

LK: The time crunch was very stressful. We had to do all the albums in three to four weeks. I didn’t make a dime because I had promised to spend only the money they initially allocated, which I knew would just barely cover my engineers—but that was fine, I was in heaven. I think they did spend more than they planned because the tape transfers in England were more expensive than I had estimated. I liked working with the folks at EMI even though they weren’t particularly fans, it was just part of their jobs. Not long after, the people I worked with were laid off—it was a rough decade for the music business.

JL: Is there a Bond soundtrack that stands out as an overall favorite to you?

LK: My favorite period for the Bond scores is John Barry’s You Only Live Twice–O.H.M.S.S.–Diamonds era—with his big sweeping romantic themes and brassy action music too. I couldn’t pick just one score or cue.

JL: Can you explain why some music cues remain omitted and why certain soundtracks like the ones for The Spy Who Loved Me and Octopussy did not receive further expansion?

LK: Because Lukas Kendall is just one man, haha… there was limited time and money so I recommended we do the titles that I thought were the most important, and for which I knew exactly where the master tapes were: at EMI’s Abbey Road tape vault in London. I had been slipped an inventory some time before and knew what was there, so we didn’t have to go hunting—we had to get started immediately. I did not know where The Spy Who Loved Me and Octopussy’s complete masters are—and still don’t. They did have The Man With the Golden Gun at Abbey Road but the transfer costs for the first few titles were coming in too high so they said, sorry, no Golden Gun for you. Sorry, world.

JL: Many Bond fans would like to a see a future release featuring the complete scores of all the films including all the musical cues in the chronological order in which they appear in their respective films. Are you aware of any obstacles that exist to prevent such a release from occurring? Is there a reason why many of the tracks on the 2003 releases could not have been arranged in the order in which they appear in the film?

LK: I was instructed to present the track lists of the original albums on the CDs first, and add bonus tracks after that. It was a mandate from EMI for licensing purposes. I managed to sneak some additional cues into the existing programs, and restore some passages that had been edited out for the original albums. It is possible to re-sequence the O.H.M.S.S. and Diamonds CDs so they play almost entirely in chronological order, though not the other titles. I’ve lived with the You Only Live Twice soundtrack album so long that it didn’t seem right to pull apart some of those tracks. You hear one cue go into another on the album for 30 years and it’s just how the music belongs.

JL: Are you aware of the Kickstarter project from a couple of years ago to re-record the Moonraker soundtrack? Reportedly the master tapes were lost because the soundtrack was recorded in Paris as opposed to the UK. It’s my understanding that for tax reasons John Barry could not work in the UK during this time. The Kickstarter project was eventually cancelled. Is the report about the master tapes true? Do you foresee any possibility of finally hearing a complete score for Moonraker one day?

LK: I’m afraid I can’t shed any light on this, as I haven’t had anything to do with the Bond music since 2003. I’m sure the film music boutique CD labels have inquired about these titles with MGM and Universal Music, and continue to do so. You are correct, the Moonraker tapes were not in the Abbey Road vaults in London at the time of our CD productions, probably because the score was recorded in Paris (and yes, John Barry was a British tax exile). But whether the tapes are safely some place else, I don’t know.

I feel like I did the best I could on the projects I did—and would be happy to help out anybody doing more with them—but I would only make myself crazy if I kept pursuing these titles. So people ask me about future Bond CD plans every so often and I wish I could give you some news or promising gossip but I can’t.

JL: If you were approached to supervise a new release of these Bond Soundtracks today, would you do anything differently?

LK: I would do all of them and take the time to do them all complete and in order, and probably recreate the original album presentations as bonus tracks—across 2CD or even 3CD sets, if warranted.

JL: What do you think of both the David Arnold and Thomas Newman scores for the Daniel Craig era of Bond?

LK: Films and soundtracks are so different today than the ones I grew up on—far more action-oriented, and not necessarily to my taste. The Bond movies are wildly successful, billion-dollar commercial enterprises and the scores for them are aesthetically correct for what they need to be. But they’re not what I grew up with and not written in a style that particularly speaks to me. The last John Barry score that he wrote sort of in the Bond style was for the 1994 Stallone film, The Specialist. That’s the kind of movie music I grew up loving.

JL: Who is your favorite Bond actor?

JL: Who do you think should be approached to compose the score for Bond 25?

LK: Among established film composers, Alexandre Desplat. If I could have anybody, Yoko Kanno, from Japanese anime like Cowboy Bebop.

JL: Do you have a favorite Bond Girl? For this question, you’re allowed to pick 2. One can be based on strength of character. The other can be based purely on who you find most attractive.

JL: Is there a popular musical artist you would like to see sing the theme for Bond 25?

LK: The choice of Bond title song artist has become like who plays the Super Bowl. I could suggest Goldfrapp but it’s more likely to be Beyoncé. They are not going to choose some obscure but hip indie act that I like from “Morning Becomes Eclectic” (my favorite radio show, on L.A.’s KCRW public radio). Incidentally, the Radiohead demo song “Spectre,” which I heard on that program, was better than the one in the movie! Also, by the way, KCRW often plays “007 and Counting” from Diamonds Are Forever. That piece is so timeless and cool it fits right in with today’s ultra-hip electronica and alternative rock acts.

JL: Finally, what is the most Bondian thing you’ve ever done in your own personal life and have you ever visited any Bond locations?

LK: I have never visited Bond locations. I don’t think I am very Bondian at all. Just today I was listening to the Beatles without earmuffs.