The Next Threat for Bond 25 by Jack Lugo 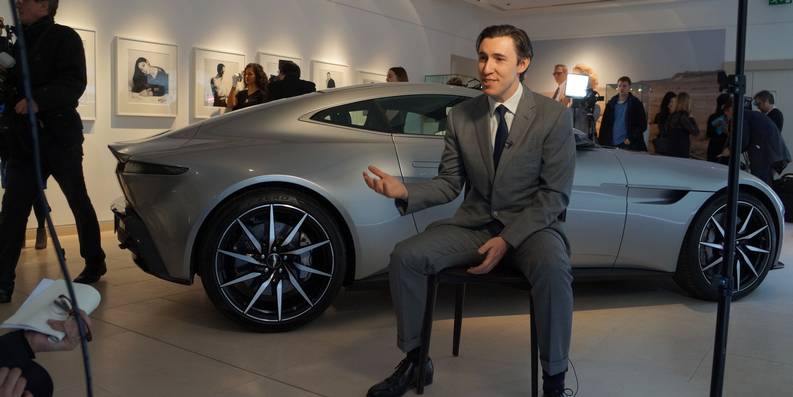 Aside from all the click bait articles surrounding Daniel Craig’s status as Bond, the one recent article containing an actual relevant quote pertaining to the future of the Bond films came from the Norwegian film / media site filmweb.no . (update: you can find a proper translated version here)

Once you let Google Translate work its magic, you’ll find an article largely focused on the recent London auction of SPECTRE props and vehicles, most notably an Aston Martin DB10 which sold for £2,434,500 (or $3,375,896.81). The article goes on to mention that they had the opportunity to chat with Gregg Wilson, son of EON producer Michael G. Wilson.  Both Gregg and his brother David have done extensive work in the Bond films.  David went on to become the executive producer of the Bond video games while Gregg has worked as both assistant and associate producer since Quantum of Solace (2008). Gregg goes on to briefly describe his earliest experiences in the Bond universe.  He is quoted as saying:

“The first memory I have of the Bond films is from set of “Octopussy” (1983). I remember that I visited the huge circus set. It was a very magical moment for a little boy. Later, I also remember that I visited the sets of the Timothy Dalton films “The Living Daylights” (1987) and “Licence to Kill” (1989). There is something very special about walking into a Bond set, you feel right away that you are in a different universe.”

He recounts working with David Arnold on the soundtrack to The World is Not Enough (1999) and then working on every film since Die Another Day (2002).  He also describes script development as a real passion of his, and it sounds like SPECTRE (2015) marks the first time that he had the opportunity to get involved in this process.

The most fascinating part of the article comes at the very end, however, which is something I can’t imagine any reasonably competent British or American editor allowing in this day in age.  The topic is none other than “The Future of Bond.”  Here Gregg gives us the first glimpse into what the thought process is right now at EON during the earliest stages of planning for Bond 25:

“We’ve just begun to doodle with ideas for the next movie. Each script process begins when we ask ourselves the question: ‘What is the world afraid [of] now?.’ In the case of “SPECTRE” was the theme global monitoring and utilization of information. So now we are trying to find out what will be relevant in the coming years.”

“We always want to do something new with the Bond character and see him in situations we have not seen him in the past. We must give the audience something new every time. After noon movies are not always easy. But often it helps to go back to Ian Fleming’s novels for inspiration, whether you’re talking about grades or mood, says Wilson who is pretty sure Daniel Craig reprising the role agent 007 in “Bond 25”.

Now of course this isn’t much to go on.  I suppose we have all figured that EON has always thought along these lines in order to make each new film relevant, viable, and interesting to modern audiences, but to actually hear someone from the inner circle talk about the process even in the vaguest terms … well, that’s enough to send most hardcore Bond fans into a bit of a frenzy.

So, let’s take a moment to consider real world threats that might somehow potentially play a role in Bond 25.  It’s safe to assume that if Craig returns, SPECTRE / Blofeld will be the main source behind the threat, but let’s set them aside for now and just look at what threats are out there assuming that SPECTRE is malleable enough that it can manipulate any number of disastrous occurrences within the Bond universe.  The threat that probably springs to everyone’s mind immediately is that of terrorism.   It’s a horrible reality of living in our times that the threat of terrorism has become something that we have to contend with and confront no matter where you live. In the Bond universe, we already know that SPECTRE were planning to blow up a stadium full of people in Mexico City before Bond intervened.  In the real world, there is state sponsored terrorism, rogue non state-sponsored terror cells, and lone wolf attacks, any of which can result in enormous tragedy.  There is also cyber terrorism, which Skyfall touched on to some extent before Silva’s motivations were revealed.

How could Bond 25’s theme explore a terrorism threat?  Well, that’s easy. Bond would have to thwart a potential terrorist attack 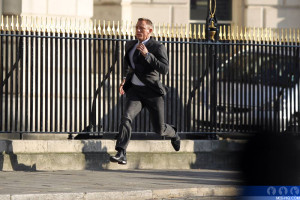 somewhere in the world hopefully outside of the UK.  I have no doubt that a decent movie could be constructed from such a basic plot, but doesn’t that sound like the plot of a lot of other typical action movies?  Surely, there would have to be more to it than that for it to work as Bond film.  There would have to be global consequences at stake, exotic locations, and a beautiful woman or three to either help or impede Bond’s progress.  Still, this is Bond and while I’m sure we all would want 007 on our side to protect the world from terrorists, I think it’s safe to say that EON might want to go with a more complicated threat.

Beyond terrorism, there has always been a threat of an attack from a rogue government.  Recent rocket testing in North Korea as well as the treaty brokered with Iran have made governments and citizens around the world extremely nervous about the threat of either of these countries achieving nuclear capabilities.  While I’m sure EON would like to avoid inserting real world global politics into Bond, the idea of Bond thwarting a potential rogue country’s nuclear strike is one that I think might have appealed greatly to Ian Fleming.  Of course, in Thunderball we witnessed Bond thwarting SPECTRE’s plan to hold the world to ransom by stealing nuclear warheads. In that case, it wasn’t an actual government Bond was up against because it was SPECTRE behind the threat, but what if Bond had to go up against a government.

Was it not Fleming himself who said, “Spying has always been regarded as (a) very romantic one-man job, so-to-speak. A one man against a whole police force or an army.” It’s been a long while since we’ve seen Bond go up against the army of an enemy foreign government.  Craig’s Bond has gone up against Le Chiffre, Quantum, Silva, and now SPECTRE but never has he really butted heads with the armed forces of a sovereign power.  This could potentially also bring back the naval intrigue that has been missing from Craig’s Bond films.  Wouldn’t we all love to see Craig put on a British naval uniform aboard a naval vessel or submarine

heading into enemy waters?  I know that’s something I’d like to see.  Of course SPECTRE could figure into it in some way by somehow lending aid to the rogue government in question, but I’d like to see Craig’s Bond topple the forces of an enemy despot even if it’s a fictional one.  This potential plot intrigues me a lot more than just having Bond thwart a terrorist threat alone.

One other plot that might hold some resonance for modern audiences has sprung to my mind very recently. It involves the recent terrorist lone wolf attack perpetrated in San Bernadino, California by a despicable married couple in December last year.  The reason why this has resurfaced in the news lately has to do with Apple’s refusal to allow the FBI access to hack into the phone owned by the murderers.  There’s a highly contentious debate being held both in the media and very soon in the court rooms about the liability of allowing the government a backdoor channel into privately owned encrypted technological devices.   Both sides to this debate have very legitimate concerns.  On one side, the government wants to have this access so it can potentially save lives while on the other side people are concerned with government surveillance of the private information and correspondence of its own citizens.

Getting back to the Bond universe, I believe that while SPECTRE touched on the issue of government surveillance it failed to really focus on it in any meaningful way.  The film doesn’t really delve into the actual implications of Denbigh’s and SPECTRE’s plot to obtain control over the intelligence networks of nine governments.  Bond 25 could potentially rectify this shortcoming by actually framing a fictional plot around a scenario similar to the one happening between Apple and the FBI.  They could go the conspiracy route. If you think about it, do we actually believe that the government lacks the means to hack into one iPhone?  Maybe the government (the fictional one in the film- that is) has already hacked into the phone, but now feels the need to use the situation as leverage to get legislation to have the means to do this on a broader basis.  I could imagine a scene between Q , M., and the Prime Minister like this one:

M: Were you able to hack into the device?

Prime Minister: Very well, then. Carry on . . . oh and let’s go ahead and send a writ to (Fictional Company’s Headquarters) ordering them to help us construct a back channel to all their devices.

Q: But sir, I have everything we need.

Prime Minister (to M.): You heard me. Do as I ordered.

Please forgive my quickly and inadequately constructed dialogue, but you must get the gist of where a plot like this must be going.  In this case, it’s the Prime Minister and whoever he’s working with (DUN-DUN DUNNN!!-SPECTRE!!!) who is trying to subvert the political power of the government for their own potential gain or profit.  Perhaps SPECTRE is trying to acquire the technology company in question or maybe they just want to continue with their original plan for global surveillance only instead of nebulous platitudes about democracy and drones we have an actual plot with real characters who have a personal stake in the conflict.  There could even be a sympathetic Bond girl who is on the side of protecting the privacy of citizens or a femme fatale 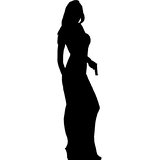 who might lure Bond into doing her bidding as a counter measure to what M. decides is the right thing to do.

There is so much they can potentially do and I’m sure there are many fascinating ideas I may not have included here.  That’s where you come in.  Please, use the comments section below to discuss what you believe should be the next real world related threat for Bond 25?  More than just plot, what themes would you like Bond 25 to explore? What kind of scenarios would you like to see 007 thwart or infiltrate? After all, Fleming even had Bond work for the enemy temporarily in some stories such as in Moonraker and The Man with the Golden Gun and we haven’t seen that in the film franchise since Licence to Kill (1989).  Feel free to use this space to bandy about ideas. I know you could come up with good ones.