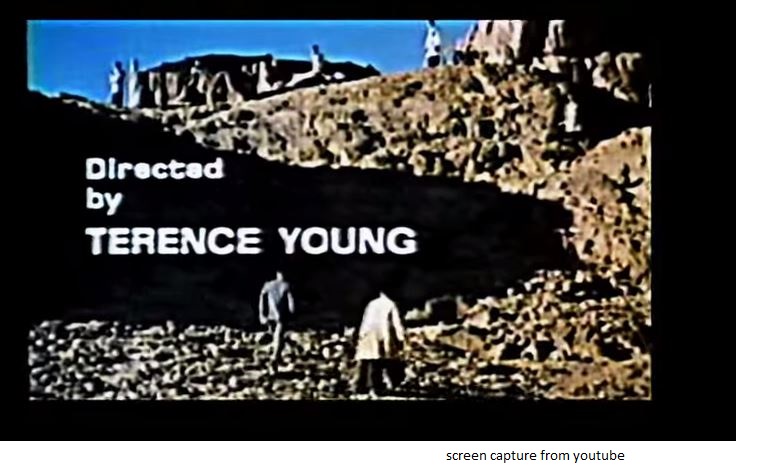 A few weeks ago I came across an oddity. Towards the back of the latest issue of MI6 Confidential Magazine, there was an article on an old film from the 1960s. This being a James Bond fan periodical I found it somewhat weird that a Bond magazine would contain a feature on a film that seemingly had nothing to do with Bond. Issue 26 of this magazine had been dedicated entirely to “unseen Bond” and contains fascinating features such as various descriptions of cut scenes from all the Bond films, a feature on the ad campaign for “License Revoked” before the titled was changed to “License to Kill,” and a detailed synopsis of a proposed 3rd Timothy Dalton Bond film. This was all fascinating stuff but none of it was unexpected. My curiosity, however, peaked when I came across an article on a 1966 film that I was unaware had existed at all. The film in question is called, “The Poppy is Also a Flower,” and what makes this film such a curiosity is that it is based upon a story by Ian Fleming and directed by veteran Bond director Terence Young.

Most Bond fans are aware of only one other non-Bond film that has been adapted from a story by Ian Fleming, which is the 1968 Ken Hughes directed “Chitty Chitty Bang Bang.” Up until now, I had no reason to believe that any other non-Bond films based upon the work of Ian Fleming had ever existed. Indeed, I wasn’t even aware that Ian Fleming had written a story called “The Poppy is also a Flower.” I immediately did some digging on the internet and found some very intriguing and some conflicting information on this film as well as the film in question itself streaming for free on youtube. The first main point of contention seems to be the title. On imdb, it’s known as “Danger Grows Wild.” Alternate titles also exist depending on where it was aired or viewed theatrically such as “The Opium Connection,” “Poppies are also Flowers,” “Flowers of the Devil,” and “Operation Opium.”   It aired first on television in the US on April 22nd 1966 presumably on ABC. Then, it received theatrical releases in the US and the UK in late 1966-1967. The consensus is that this film has fallen into Public Domain, and various companies have since released the film on home video under alternate titles. 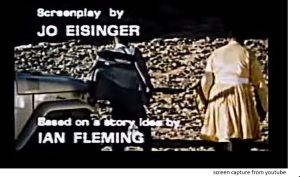 It would seem that in the early to mid 1960s, the United Nations commissioned a series of films to be made to promote public awareness of the various campaigns it had engaged in around the world. The first of these films was 1964’s “A Carol for Another Christmas” penned by Rod Serling and directed by Joseph Mankiewicz. This was a then- modern take on Charles Dickens’ “A Christmas Carol” featuring Robert Shaw as the Ghost of Christmas Future only a year after Shaw had played Red Grant in “From Russia with Love.” It is unclear whether or not Ian Fleming had been commissioned to write a story for the UN campaign or if Fleming merely had a story already suited for the UN film project. In either case, this was one of the final projects that Fleming was working on in the months prior to his death. There is some indication that Ian Fleming had intended to write the screenplay himself, but I have my doubts as to whether or not that would have happened if Fleming had lived.

There are conflicting reports as to the nature of the Fleming source material that I have not been able to clear up. I do not believe that the source material has ever been published, and indeed it is unclear whether or not the source material is a short story, an outline, or a film treatment. The film the credits indicate it to be “Based on a story idea by Ian Fleming.” Thus, I would be more inclined to believe that Fleming had probably written a film treatment or an outline containing basic plot elements as well as the main characters. The screenplay was written by Jo Eisenger, known as screenwriter for film noirs such as Gilda (1946) starring Rita Hayworth who features in “The Poppy is Also a Flower “as the villain’s drug addicted wife.

The bulk of the budget for this film was funded by the Xerox corporation (as had been the case with “A Carol for Another Christmas”), and almost every source seems to indicate that everyone involved in the making of this film either did it for scale, for no pay, or for $1 as a goodwill effort. Most reports indicate that Terence Young and producer, Euan Lloyd, received no salary for the making of this film. One is therefore led to believe that Young, the cast, and filmmakers involved in this production made this film because they believed in the cause the UN had intended, which seems to be to increase public awareness of drug trafficking and the overall destructive nature of narcotics. 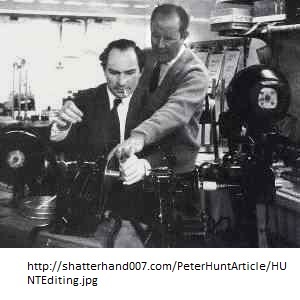 It would also seem that the making of this film also had an unseen consequence within the Bond universe as there are indications that Terence Young quit either towards the later end of production or during post-production of “Thunderball” (1965) in order to begin work on “The Poppy is also a Flower” leaving most of the post-production work on “Thunderball” to be done by editor, Peter Hunt. Young is quoted at the time as saying, “I believe The Poppy is also a Flower will compare in thrills and excitement to any James Bond film, but will be even more exciting because it is based on fact.”

Naturally, most Bond fans would be curious enough to watch the film and judge it on its own terms, and while I found the film entertaining at times, I think it mostly comes across as a quasi-Bond film without James Bond or even a central character that might substitute for Bond. Perhaps, it might be a bias on my part as a Bond fan, but as I watched it I kept imagining how much better the film might have been had Bond (any Bond) been in it despite the low budget. It certainly had good intentions, however, the resulting film is a bit muddled and drags a bit in places. The characters didn’t really come alive enough for me to care about them particularly, and the dialogue at times is rather unintentionally comical.

The film opens with a cameo prologue by Grace Kelly who had previously retired from the film industry to become Princess Grace of Monaco. She opines about the impact narcotic drugs have had on young people and pretty much introduces the film’s opening setting, Iran. Part of the film happened to be shot on location in Iran with cooperation from the Iranian government. Indeed, the Shah of Iran even receives special thanks at the end of this film, which only goes to show how much times have changed.   The Shah would be forced to eventually abdicate his throne after the 1979 Iranian Revolution, but this was still 1966. 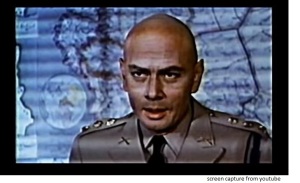 We are then introduced to an American character named Benson (Stephen Boyd) who is an undercover operative in Iran attempting to strike a deal with an Iranian tribal chief (played by Welsh actor Hugh Griffith) for a sizable amount of opium.   After the deal is completed, Benson is captured in an ambush and subsequently killed. We are then introduced to the film’s main protagonists, Narcotics Agents Jones and Lincoln (played respectively by E.G. Marshall and Trevor Howard), who take on this case on behalf of the United Nations. Marshall’s American “Jones” character is perhaps most reminiscent of Felix Leiter while Trevor Howard’s British “Lincoln” character is the closest this film gets to injecting a Bond substitute.   Trevor Howard is actually quite good in the role, but his performance is a lot more understated than it would be had this been a Bond film. The chemistry between Marshall and Howard is pretty solid and probably better than the chemistry that exists between Bond and Leiter in most films although I can hardly imagine Bond and Leiter playing “Stone, Paper, Scissors” to determine who gets to take on certain tasks.

The general plot might have actually made for a decent Bond film had Fleming written it as such. It involves the two agents attempting to track a shipment of opium in order to bring the suppliers to justice. Early on they encounter a suspicious woman who claims to be Benson’s widow (Angie Dickenson), and while the plot twist involving her character could have been more original, there is a decent Bondian moment when Lincoln snoops in her room attempting to leave while she goes into the shower only to get caught with her pointing a gun at him. The scenario would have been extended for far better effect in a Bond film, but that particular scene though well-executed only left me wanting more. Among the cameos throughout this film is Yul Brynner as an Iranian colonel cooperating with Lincoln and Benson. His character is charged with injecting the opium shipment at its source with radiation so that it can be tracked by Geiger counter to the suppliers. The idea is somewhat similar to how Bond tracks Goldfinger’s Rolls Royce in the Goldfinger novel only in the novel it’s simply a homing device. Though they lose track of the signal for a while, the shipment ends up in Naples. Eli Wallach turns in the most memorable cameo as “Happy Locarno,” who is blatantly modeled after Lucky Luciano and even recounts similar biographical details that mirrored Luciano’s life. Wallach actually won an Emmy award for his performance in this film. 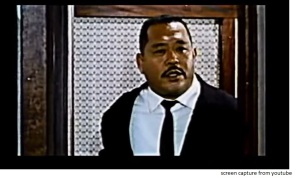 The main villain turns out to be Serge Marko (Gilbert Roland). He and his main henchman (Harold Sakata better known as Oddjob) attempt to continue to smuggle the heroin despite the fact that the heroin is being traced without their knowledge. I found the last act of the film rather odd (no pun intended) especially the scenes involving Rita Hayworth as Marko’s drug addicted wife, who holds a poodle for much of her performance. Her role and her dialogue don’t particularly gel very well especially as the film approaches the climax. The climax itself is certainly influenced by the train sequence in “From Russia with Love” (1963) although nowhere near as good. The action wasn’t lit very well in the copy I viewed on youtube, but even the parts I could make out weren’t particularly impressive.   The potential was certainly there for a blustery exhilarating fight between E.G. Marshall’s and Harold Sakata’s characters, but this particular henchman vs protagonist fight isn’t much to write about.   The ending is rather abrupt, and while my curiosity about the film was finally quenched, I came away from watching the film somewhat dissatisfied. It’s certainly worth watching once for hardcore Bond / Fleming completists simply because it’s a film based on unknown Fleming source material, but most film viewers would probably find it somewhat forgettable.   I don’t believe it to be a film worth repeated viewings, however, I hope one day we might obtain access to the Fleming source material so that we can see Fleming’s original story ideas for ourselves. Perhaps, with a little bit of tinkering there may even be an adventure in that source material worthy of James Bond.

As of this time the film is available to be viewed for free on youtube: https://www.youtube.com/watch?v=JJto5OmHWLw