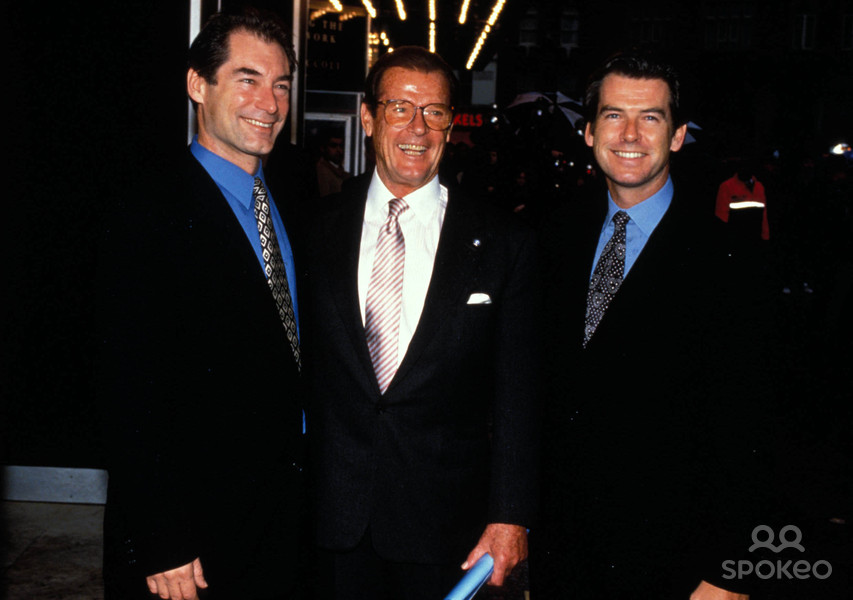 Welcome back to “This Week in James Bond”. If you missed our coverage of Brigitte Millar’s SPECTRE casting, read about it here.

The great Sir Roger Moore conducted an interview with Fox News on January 27 to promote his new book, “One Lucky Bastard: Tales From Tinseltown“; you can read said interview here. Moore spoke about various run-ins with other industry greats over the years, including Frank Sinatra and Audrey Hepburn, and about staying in good shape at the ripe old age of 87. He also shared his opinions on a few of the other actors who have played James Bond:

FOX411: How do you think Daniel Craig is doing as Bond?

Moore: I believe he’s an excellent Bond. He’s much stronger than I am. I think he does a hell of a good job of it. He and Sean (Connery) are I think undoubtedly the best Bonds.

FOX411: Where do you rank yourself?

Moore: I think a little bit behind George Lazenby I suppose.

Although Moore neglected to mention his opinion of Timothy Dalton or Pierce Brosnan in this interview, he has spoken highly of the two in the past (Source: TIME):

Timothy Dalton was a beautifully trained, classical actor, always gives very interesting performances. Pierce Brosnan is a more popular style of actor. In fact, when I was leaving, I suggested to Cubby that there were three: I said there’s Sam Neill, the Australian, whom I thought would be great, there’s Pierce Brosnan and there’s Timothy Dalton. Those are the three I would have chosen.

In other Roger Moore news, the actor tweeted the following on January 27:

Filmed the Australian doco interview for George Lazenby today, in Switzerland. I was very gracious of course!

Super Bowl XLIX is happening this year on February 1, with three-time champion the New England Patriots and last year’s champion the Seattle Seahawks facing off against each other in Glendale, AZ. KIA released a one-minute commercial starring Pierce Brosnan that will air during this year’s Super Bowl, and it amusingly lampshades many action movie tropes that Brosnan is undoubtedly familiar with.

007 For Women: a new fragrance

Following the success of their three fragrances for men (Signature, “Ocean Royale”, and “Quantum”), James Bond 007 Fragrances released a commercial on Facebook to promote their new fragrance for women, creatively titled “007 For Women”. Caterina Murino of Casino Royale fame is the star of the new ad campaign, which also makes use of “Another Way to Die” from Quantum of Solace.

Other Bond girls from the Craig era, such as Eva Green and Gemma Arterton, have also starred in perfume ads for Dior and Avon respectively.

That’s all for “This Week in James Bond”! As always, don’t forget to tune in to the podcast and join the conversation on social media. JBR is also competing in the 10th annual People’s Podcast Awards; you can vote here.