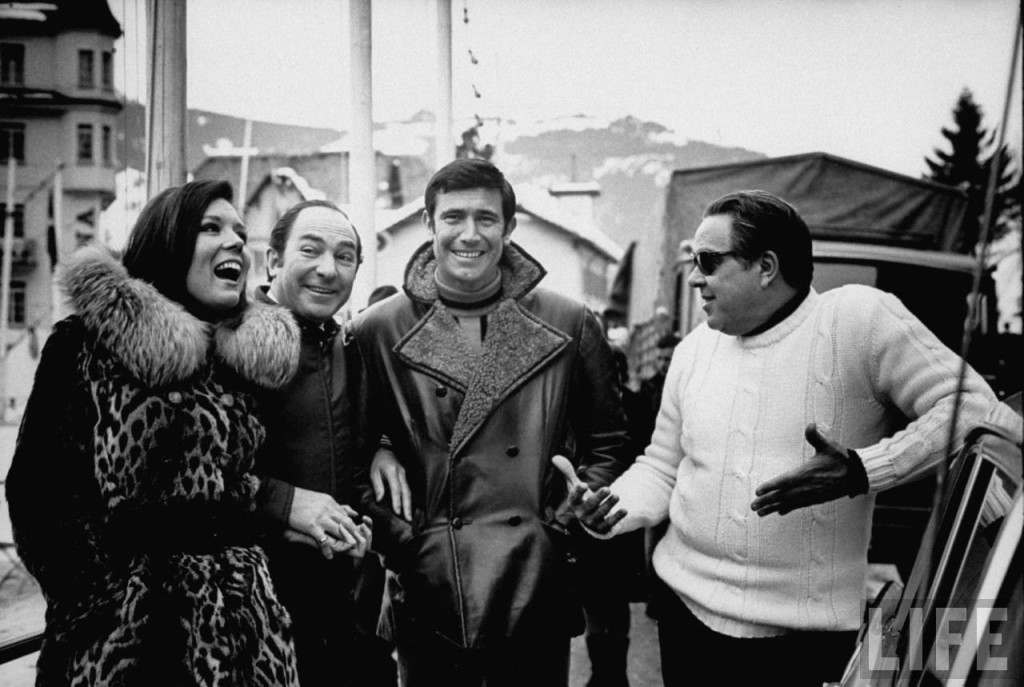 Welcome back to “This Week in James Bond”, returning to your computer/smartphone screens after a brief hiatus! The perils of being a biochemistry major.

In SPECTRE news, Mexican actress Stephanie Sigman has been cast as a character named Estrella in the upcoming 24th James Bond film. JBR listeners may recall that director Sam Mendes previously mentioned during the press conference on 4 December that there would be filming taking place in Mexico City.

The actress herself shared the good news with her Instagram followers, adding the caption “Dreams do come true”.

Sigman was featured in the music video for the Arctic Monkeys’ song “Snap Out Of It” in 2014.

A familiar tome was also spotted on the set of SPECTRE on 12 March.

The 2015 TCM (Turner Classic Movies) Classic Film Festival is happening this year from March 26 – 30 in Los Angeles, and among the many classic films set to premiere is the 1969 James Bond film On Her Majesty’s Secret Service, beloved by JBR hosts and (many, although not all) listeners alike.

Furthermore, TCM announced recently on its website that none other than George Lazenby himself will be in attendance for the screening!

The date of the screening of OHMSS has not yet been announced, but you can keep an eye on the film festival website for more details. Individual tickets are $20 while festival passes (for those who want to be at multiple screenings) start at $299 – all prices in USD.

In addition to OHMSS, other great classic films set to be screened at the festival include The Apartment, Doctor Zhivago, Lawrence of Arabia, Patton, Roman Holiday, The Sound of Music, and your humble correspondent’s choice for the greatest film of all time, Raiders of the Lost Ark.

And on that (hopefully) funny note, that’s all for “This Week in James Bond”! As always, don’t forget to tune in to the podcast and join the conversation on social media.