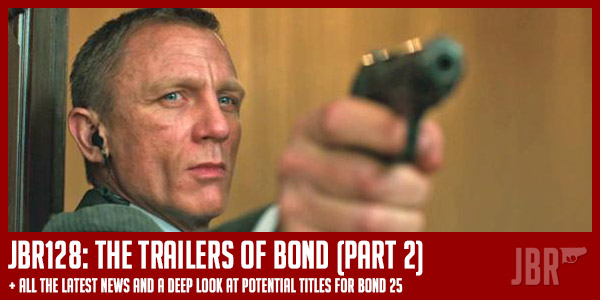 It’s time to conclude our coverage of the James Bond movie trailers, on JBR this week. Picking up where we left off with Octopussy, we go through every remaining trailer right up to SPECTRE. There are plenty of intriguing unused nuggets with lines of dialogue, judo chops and alternate shots that don’t show up in the final films.

We also look at some of the latest news and rumours and we explore potential titles for Bond 25. We dig deep with a look at Fleming’s work and all the continuation authors. Are there some awesome titles hiding in plain site? Find out on this week’s episode of James Bond Radio.