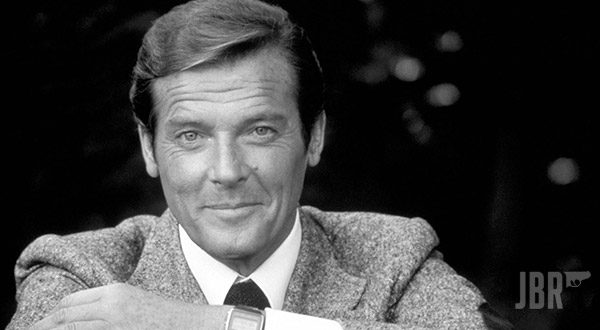 Sir Roger Moore sadly passed away aged 89 on May 23rd 2017. As the ever popular, ever charming “People’s Bond” we decided to suspend our regular programming and instead put together a tribute to the great man.

Over the next 4+ hours we go through the messages of sympathy from the world of Bond from Sean Connery to Daniel Craig. We talk to Maddy Smith, Roger’s very first Bond girl. We’re joined by author of Catching Bullets: Memoirs of a Bond fan, Mark O’Connell, and we’re even joined by the great man himself as we revisit our interview with Sir Roger from 2016.

We also wanted to give a voice to Sir Roger’s fans around the world, so we put out a request for messages from the JBR listeners. What can only be described as a “server melting” response followed with over 3 hours of voicemails all sharing stories, memories and favourite moments of Sir Roger.

Being the lifelong fans of the great man that we all are, this episode serves as a love letter to Sir Roger and our way of thanking him for a lifetime of smiles.

Sir Roger, we salute you.

DONATE TO UNICEF IN MEMORY OF SIR ROGER

In celebration of Sir Roger, we’ve decided to run a collection for UNICEF. Let’s all put our hands in our pockets, make the great man proud and see if we can make some money for the charity closest to his heart.

>> NOTE: A Youtube version of this podcast will be available soon, though we recommend listening to the audio feed to get the full experience.