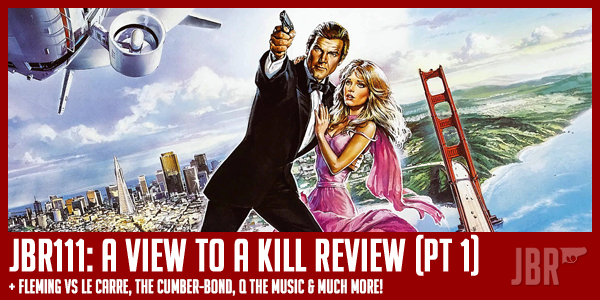 It’s the beginning of the end. Over the last 2 years we’ve been covering the Sir Roger Moore era of James Bond and it’s finally coming to a close with A View To A Kill. It’s a film that definitely divides opinion. It certainly has it’s lovers but also those who aren’t so keen. In his recent JBR interview even Sir Roger himself said “I didn’t think it would be as good.”

So, what’s going on with AVTAK? Is it an underrated gem in the series or do it’s detractors have a point? Let’s get to the bottom of the AVTAK situation! Grab yourself a cuppa, put your feet up and let’s go deep on A View To A Kill.