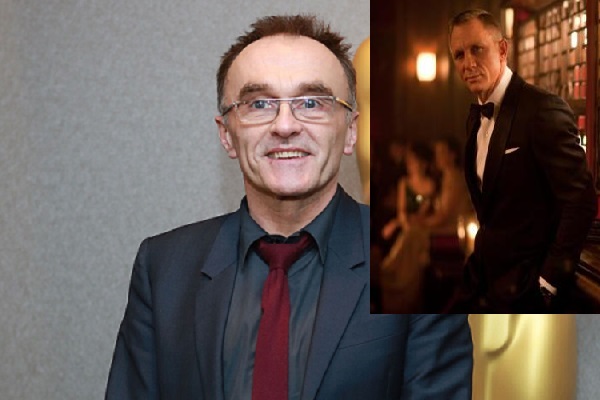 The first couple of months of 2018 yielded very little Bond 25 news until just recently when Danny Boyle’s name entered the fray as a possible director for the project. This news came about in late February yet by the beginning of March, the prospect of Boyle helming Bond 25 seemingly begun to fizzle out.  News of Boyle directing other projects seemed to steer the momentum of the Boyle narrative away from Bond 25. Boyle is set to direct a Beatles-related film with the working title of All You Need is Love possibly starring Lily James.

All that changed with a tweet from former Bond beat writer Baz Bamigboye.

In February we learned that frequent screenwriter for Boyle John Hodge was working on a screenplay for Bond 25, and that Boyle’s involvement in Bond will depend upon whether or not Hodge’s script receives approval. That part hasn’t changed.  It was said that Hodge might require some time to complete a first draft. What was unclear, however, was whether or not everyone was on board with this. After all this would mean shelving the work that Neil Purvis and Robert Wade have already done on Bond 25 in favor of going “all in” on whatever the Boyle / Hodge concept for Bond 25 happens to be. According to Baz Bamigboye’s Tweet it would appear that Barbara Broccoli, Michael G. Wilson, and Daniel Craig all unanimously want Boyle to direct.  This implies that they’ve likely heard a pitch for the Boyle/Hodge Bond 25 concept and they’re ALL on board.

Soon after the Daily Mail came out with an article citing a source indicating Daniel Craig’s involvement in lobbying for the Boyle/Hodge Bond 25 concept. The source describes Daniel Craig as “the most important cheerleader” for Boyle’s involvement and that “he loves the fact that it’s something completely different.”

This brings us to what “something completely different” might entail for Bond. The debate with Bond fans when it comes to directors is whether they prefer an auteur who might mold a Bond film to suit his own artistic sensibilities or a workman-like director who is more willing to adhere to the established formula.  Boyle certainly fits into the auteur category.  His films have a distinct visual and narrative style that he’s likely to incorporate into any project he takes on because he’s already honed his craft in such a way that has rewarded him throughout his distinguished career.

While I’m no expert when it comes to the films of Danny Boyle, there are a number of his films that I happen to admire.  I’ve enjoyed  Trainspotting, 28 Days Later, 28 Weeks Later, Slumdog Millionaire, and 127 Hours. If his previous films are any indicator, I can easily say that if Boyle helms Bond 25, the character of Bond is likely in for a world of pain – which I think is a good thing.

One of my criticisms of Spectre happens to be that Bond easily shakes off Blofeld’s torture chair scene and becomes a video game sharp shooter 5 minutes later. Not only was it too easy for Bond escape Blofeld’s lair after the explosion, he showed no after-effects whatsoever sustained from Blofeld drilling holes into his head. Make no mistake that if Bond gets tortured in a Danny Boyle film not only is he going to feel it, the audience is going to feel it as well.  Think of the excruciating way we endured seeing James Franco with his forearm trapped behind a rock and the journey we took with him as he came to the realization that he had to cut off his own arm to ensure his survival. Of course I don’t expect the same exact thing to happen with Bond, but one thing that was missing from Spectre was that suspense that the audience is supposed to feel when the hero is in peril.  Even though this is a Bond movie and we fully expect him to survive any ordeal, the director still needs to make the audience fear for Bond’s life because that’s what movies are supposed to do.  We’re supposed to suspend disbelief and take a journey with the characters.  When a hero’s life or the life of a loved one is in danger, we’re supposed to feel suspense until whatever the resolution to the scenario happens to be. The iconic Goldfinger laser beam sequence is a prime example of this.  The first time you watched it, you probably knew Bond would survive but for those few minutes you felt all the suspense and dread an audience is supposed to feel. This kind of emotional journey is something Boyle has been adept at achieving throughout his career.

When The Daily Mail article referenced that the idea for Boyle and Hodge’s Bond 25 concept was something completely different and that they approached the meeting with the producers with trepidation because they didn’t think Barbara Broccoli or Michael G. Wilson would go for it, one thing immediately leaped into my mind: The Death of Bond.  The idea of killing off Bond seems more than a bit far fetched unless one considers how films like Logan and The Dark Knight Rises deal with giving their respective characters their sendoffs.  While Michael Caine’s Alfred sees Christian Bale and Anne Hathaway at the end of the latter film, part me feels like the audience can interpret that scene a bit openly.  Is Alfred seeing Bruce Wayne because he really sees him or is he seeing Bruce Wayne because he wants to see him? While this is pure speculation on my part, I think it’s entirely possible that the reason for Boyle and Hodge’s initial hesitation about presenting their concept to Broccoli and Wilson is because they have a similar sendoff in mind for Bond.

We will have to wait and see how this all plays out, but there are a few ways this could happen.

After so many months without any hint of Bond news, I find the potential involvement of Boyle and Hodge intriguing.  I am very excited and enthusiastic to find out what they might have in store assuming everything moves forward. I know there are some fans who may be disappointed by the Purvis and Wade screenplay getting shelved, but as much as I appreciate their work I think Bond really does need a screenwriter who can shake things up a bit.  Some might say that the time for a radically different approach should wait until a new Bond actor takes over the role, but I would argue that now is actually an ideal time to experiment and do something different.  After all, if it doesn’t work the next Bond actor can start from fresh. Every Bond movie should feel like an event and just because this is likely Daniel Craig’s finale, it doesn’t have to feel like a swan song. Bond 25 should do what every great Bond film does:  Leave us wanting more.

You can follow me on Twitter  and check out my personal blog where I’ve written original short fiction and other Bond musings.