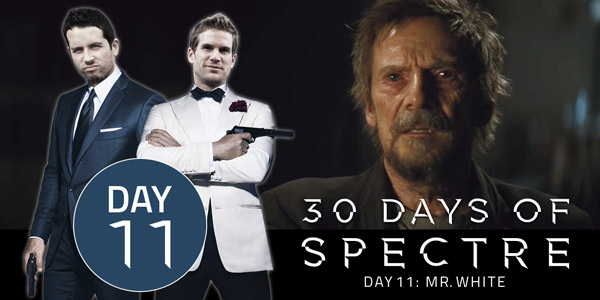 It’s time to talk Mr. White on James Bond Radio. First seen in Casino Royale and Quantum of Solace, Jesper Christensen returns in SPECTRE as the glue that ties those films together. Considering Mr. White was sent to kill Le Chiffre and was present at the Quantum opera house meeting we speculate on his potential position within SPECTRE itself. Could he have been Number 2? Or maybe even 3 or 4? Find out in today’s episode of James Bond Radio.