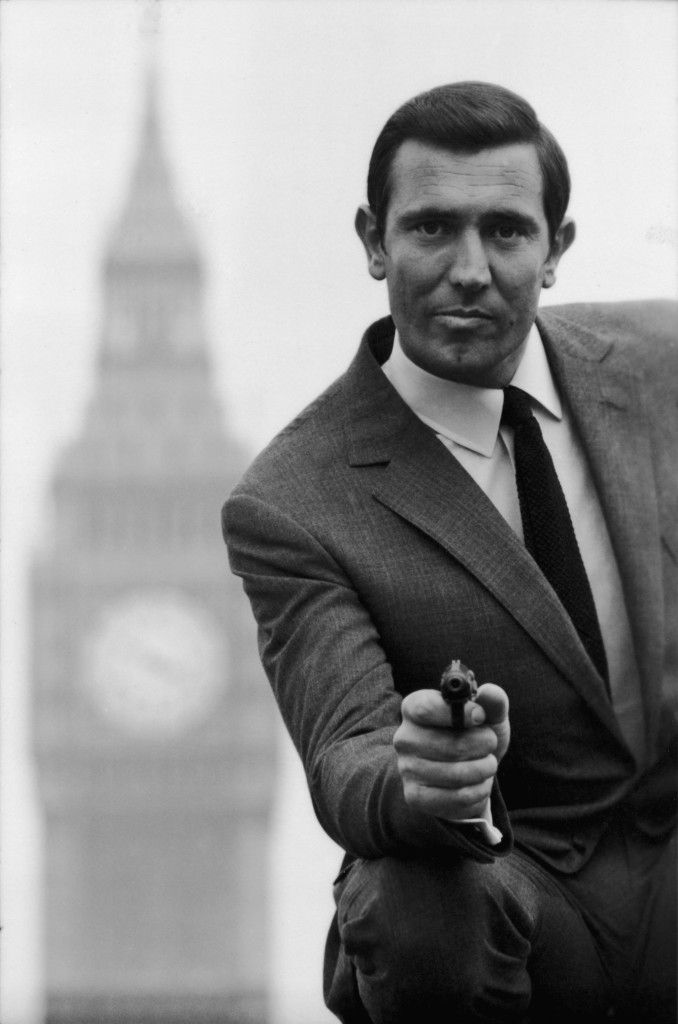 Editor’s Intro:  As Tom and Chris have been keen to point out during many of the podcasts, Sheila’s appreciation for George Lazenby and OHMSS knows no bounds.  Her comments on many of the posts over on the Facebook page display an unrivaled enthusiasm for any topic having to do with OHMSS and Lazenby in particular.  Even when OHMSS isn’t the subject at hand, Sheila finds a way to bring it all back to George and OHMSS, and we as JBR listeners love her for that.  The best thing about connecting with fans is seeing their passion on full display and taking part in sharing that passion along with them.  With the 2nd anniversary fan appreciation podcast coming along very soon, I thought it would be a great idea to learn more about Sheila here on our website as we find out what she loves about George Lazenby’s portrayal of Bond and also what it’s like to be a female Bond fan.

Hello Bond fans. It’s me, Sheila James, a girl Bond fan.  What is it about Bond?  No matter which actor is portraying him, he is handsome, charming, looks great in the tuxedo, and takes down the bad guys.  In Sean Connery’s movies, I love his one-liners, the sets, and the clothing worn by both men and women.  Roger Moore was charming and looks great in those title sequences.  Pierce was born to play Bond.  He looks great in the tuxedo and his films have lots of action.  While all the actors chosen to play Bond have been the right guy each time, most of you may already know who is my favorite Bond actor.  My favorite Bond film is On Her Majesty’s Secret Service and my favorite actor to portray Bond is George Lazenby.

I became interested in Bond by watching the films on TV.  As a child, either the Sean Connery or Roger Moore films would be shown while George Lazenby’s film rarely made it on the air.  If I didn’t always watch the films all the way through to the end, I at least saw the pre-title and the title sequences.  The first Bond film I ever saw in the theater was Moonraker.  My friend and I were taken to see a Disney movie while her mother saw Moonraker.  I remember saying “I think I’d rather see Moonraker”.  Later on I did end up seeing it.  The space scenes were larger than life and Roger Moore was a movie star.  I liked the film more as a kid but now it’s become my least favorite Bond film.

I first saw the OHMSS on TV.  I knew who Diana Rigg (Advengers) and Telly Savalas (Kojak) were but who was this George Lazenby?  I was about to find out.  The pre-title scene is one of my favorites in the Bond series and in this movie.  Wow!!  It is wonderfully choreographed with George showing his karate skills.  Bond rescues the girl from the ocean wearing a tuxedo.  The silhouette of Lazenby’s physique in that wet shirt remains quite appealing.  After Tracy drives away, Bond picks up her shoes and says his famous quote “This never happened to the other fellow” leading into the title sequence.  I love watching Lazenby break the fourth wall.  It is unique and cheeky.

Another scene I have grown to love more as an adult is when Bond and Tracy are in the hotel room. Mr. Lazenby wearing that 60’s ruffle tuxedo sees Diana has a gun on him in the reflection in the mirror.  He turns and says “You’re full of surprises Contessa”.  Her response “So

are you Mr. Bond”.  Testosterone is exploding off the screen from George.  The language gets a little racy with “You’re hurting me” followed by Bond replying, “I thought that was the idea tonight.” This accomplishes just the right tone without taking it too far.

Ranking at the top along with the pre-title for favorite scene is the one in the barn.  Prior to that, the car race on an ice track is surprising, full of action, and the girl does the driving!!  Then the action slows down for one of the most memorable scenes in Bond history. As Bond and Tracy settle in for the night, George shuts a window that has blown open, turns and looks at Diana who is blowing snow off her hat.  I was ten years old when I first saw this film and I’ve been in love with that face ever since. The proposal is great from the cinematography, camera angles, the dialogue, and the actors looking blindingly beautiful.  George and Diana make their love look believable.

Why is George my favorite Bond?  To be completely honest, the majority of the reason is his looks.  Mr. Lazenby is very handsome and looks fantastic in the tuxedo. Tall dark, and handsome doesn’t work for me, said no woman ever. He is the best looking person in the room in the Casino scene.  I also love that he is a physical Bond and I like the dialogue in the film.  He is simply a good actor.

What do I say when people call George their least favorite?  It doesn’t surprise me.  When discussing Bond and someone talks about their least favorite, I know that George might be their answer.  They usually say they think he was a bad actor or make fun of him wearing a kilt. I tell people they should re-watch the film. I explain why I believe Lazenby wasn’t a bad actor at all and talk about my favorite scenes. Still, many people who aren’t hardcore Bond fans have never heard of him.  It makes me feel special that I do like him.

Those who are not too keen on the movie should revisit it.  They should just take it like most other Bond films, as an individual adventure. Forget that Bond and Blofeld met in the previous film.  George Lazenby as James Bond is handsome, athletic, romantic, and a good actor. Besides those hard hitting punches putting Lazenby’s fighting abilities on display, the extended action sequences at Piz Gloria are simply a marvel to look at.  Those scenes are quite intense all featuring George in a cardigan, how cute.  He’s spot on with his karate skills.  I should know as I am a black belt. That was many years ago so I don’t profess to still have those skills. Mr. Lazenby, on the other hand, could suit up today.

In an article I recently read about examples of great acting, the writer mentioned being vulnerable and that “Great actors share parts of themselves that most people keep hidden” and that “one of the greatest gifts actors can give is to sacrifice their dignity for us”. I think a good example of this is when Bond is scared being chased by Bunt and sitting at the ice rink.  Also Mr. Lazenby shows good eye contact, commands the screen when walking from point A to point B, has great comic timing, and shows patience when searching for the button to reveal the map in Blofeld’s office since he is not supposed to know where it is.

What is it like to be a female Bond fan?  Fun.  There are plenty of movies to talk about. They have good looking actors, great locations, expensive clothes, wonderful title songs, and fast cars.

How do online communities treat female fans?  The ones I’m involved in the female fans are respected and opinions taken seriously and pleasantly surprising they are given the opportunity to shine. I discovered JBR because I was searching for reviews about OHMSS, and I was delighted and surprised find out about other fans of the film.