An Appreciation for OHMSS by Sheila James 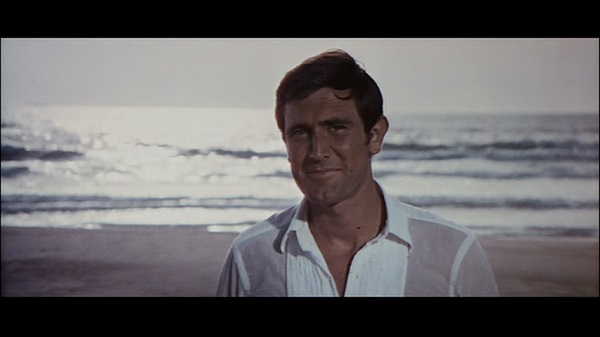 Note from the editor: Those of us who follow JBR on social media have become quite familiar with Sheila James and her love of OHMSS and all things Lazenby. I must first apologize to her because she sent me this blog post a long while back and I haven’t had a chance to get around to it until now.  Every time I planned on getting to it, something would get in the way either in the form of Bond news (Daniel making his NYC appearance, the UNMAS charity video with puppies, etc) or time would get away from me in the form of work or life in general.  Finally without further ado, we have a new OHMSS appreciation blog post from our friend, Sheila. We hope you enjoy! 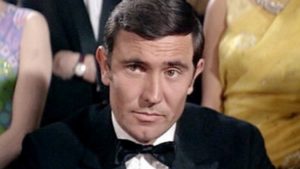 Filled with style, picturesque mountain top setting, vivid color, and romance, On Her Majesty’s Secret Service is one of the best in the James Bond series and my absolute favorite. I also cannot get enough of watching its star, George Lazenby.  The film is unique because he only starred in this one outing along with one time director Peter Hunt.  Combining the usual film elements of lights, camera, and action, the film becomes a stunning masterpiece and puts a smile on my face as big as the Swiss Alps.

Peter Hunt directed one of the most action packed films which was based close to the Fleming novel.  There are fights throughout in which Lazenby throws his whole body into them.  The pre-title scene is a mini epic and rocks my world!!  Portions of the opening has George and Terence Mountain (Rafael) thrusting themselves into the ocean.  The actors were reluctant to go back into the water but Mountain recalled that Hunt bribed them with the finest Portugese brandy to coax them back into the chilly Atlantic. Comprising of 43 different camera set ups and 8 takes each, the opening demonstrates the new Bond’s prowess in action sequences. Maybe the tag line for the movie should have been “It’s Lazenby, he rescues a beautiful woman, in a tux”.  The viewer is told from his opening line “My name is Bond, James Bond”.  I’m sold.

The lighting in the film helps set the mood in the various scenes from Moneypenny’s bright office to the dimly lit bedrooms for rendezvous with “those girls”. The scene of the winter festival has lights around the ice rink, shops, cars and exploding fireworks.  While at the same time, Yuletide merriment is heard in the form of the song “Do You Know How Christmas Trees Are Grown?” As Bond is being chased by Bunt, Lazenby displays his great acting skills. Merry Christmas Mr. Bond!!

The barn scene where Bond proposes to Tracy show both the actors lit from above or directly on their faces in the closeups. Both Lazenby and Diana Rigg look blindingly beautiful. One believes they are actually in love.  Am I jealous?  You bet!!

During the hypnosis session, the girls listen to instructions from Blofeld via cassette tapes.  Multi-color lights can be seen over Bond’s head. The lights and hypnosis does not seem out of place in this 1969 outing.  It’s quirky and decidedly psychedelic. This is another great acting moment from George who really does seem to be hearing all of this for the first time.

The cinematography in the film is breathtaking. Cameraman Johnny Jordan was suspended from a helicopter to be able to capture 360 degree angles.  What instantly comes to mind is the shots of Bond and Tracy skiing down the Schilthorn accompanied by the John Barry score.  Other scenes filmed from above include Bunt and Hillary Bray riding in a helicopter as she points out the skiing and bob sled activity. It’s what you want from a Bond film: a beautiful setting and a glamorous lifestyle.

Although stuntman George Leech hung from the cable at Piz Gloria during Bond’s escape, a set of the cable car room was built at Pinewood Studios for Lazenby’s closeups.  For scenes where Bond climbs the wires and scoots towards freedom, the special effects team built a rig that suspended cameraman Alec Mills so he could get closeups of Lazenby and point of view shots from the wires. Taking two full weeks to complete, this part of the action is one of my favorites moreso than the skiing.  It is a perilous situation and shows Lazenby’s physical strength.  An added bonus is that the star is wearing a cute cardigan.

On Her Majesty’s Secret Service has a plot where the villain Ernst Blofeld will commit biological warfare if his demands of being named a Count and pardon for past crimes are not met. Every unique element about it, makes this my favorite.  Although George Lazenby only starred in one Bond film, I think he is the best.  He is gorgeous, has a ease in front of the camera, and is a man of action.  When disguised as Hillary Bray, he tells Erma Bunt “I’m not a sporting man even when I’m at my best”.  Like heck.