Bond 25 vs the Tabloids 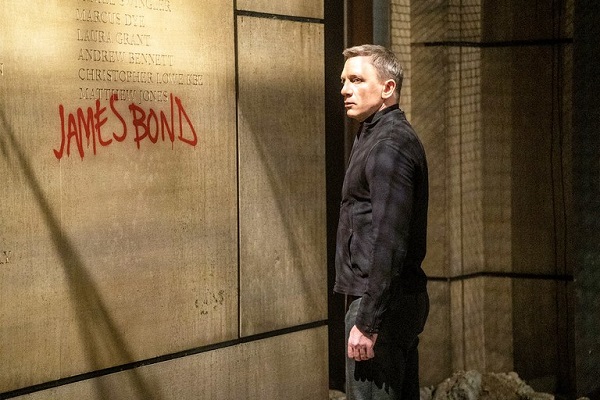 Anyone following JBR on Facebook would notice that there has been tenuous relationship between Bond 25 and the tabloids, particularly the Rupert Murdoch owned tabloid The Sun. Despite the tabloid’s reputation for being a sensationalist publication peddling to the lowest common denominator when reporting on world affairs, the publication’s Entertainment Section has recently landed a number of Bond 25 exclusive articles. Some of these articles even broke legitimate news about the production of Bond 25. The Sun was the first publication to reveal that Daniel Craig suffered an ankle injury while filming in Jamaica. It was also the first publication to reveal that a “controlled explosion”at Pinewood had gone awry injuring a crew person and resulting in damage to the sound stage. 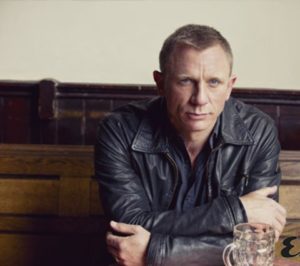 Most of the The Sun’s stories on Bond 25 have cast the production in an increasingly negative light. In fact the words “cursed”and “doomed” feature quite regularly in their Bond 25 coverage casting a pall on the production in a way that makes one suspect that the publication may have some kind of vendetta against Bond 25 or certain individuals involved with the production. The unfortunate side effect of this is that the characterization of Bond 25 being cursed or doomed seems to have carried over to the more cynical circles of the Bond fan community on social media.

Of course tabloid journalism has a long history of provoking irrational public outrage and perhaps acknowledging the deployment of such tactics for entertainment stories shouldn’t necessarily be as large a concern as the deployment of these tactics on more important matters such as politics and social issues. As someone following the coverage of Bond 25 in the media, however, it’s frustrating to watch this complicated publicity waltz unfold especially since I’m someone who feels compelled to report news about the Bond franchise via JBR whether the news is good, bad, neither good nor bad, or somewhere in between. The fact that I don’t like the outlet reporting the news must become secondary to discerning whether or not the information contained in these news stories is worthy of reporting. Unfortunately despite The Sun’s track record, many of the recent stories they have run about Bond 25 contain newsworthy information albeit with the outlet’s usual flare for exaggeration and the need for parsing out fact from fiction on the part of the discerning reader.

In one very recent case, The Sun ran a story about Cary Fukunaga delaying the crew of Bond 25 due to the director playing video games. This was a story that I chose NOT to post to JBR’s Facebook page, but the very next day Cary Fukunaga himself posted a statement to his Instagram page pushing back against The Sun’s story refuting the allegation without mentioning the outlet by name.  Such an action on the part of Fukunaga then forced me to revisit the previously discarded story in order to provide proper context for JBR followers who may not have seen the original Sun article. Obviously, this creates a situation some might deem problematic since the action of Fukunaga acknowledging the story then forces the public to pay attention to the very story he intends to refute.

The only possible conclusion to draw from this is that those connected to Bond 25 ( Barbara Broccoli, Michael G. Wilson, Daniel Craig, and Cary Fukunaga) face the unenviable task of choosing whether or not to engage with the tabloids and that any form of engagement forges its own double edge sword. This probably explains why they very rarely respond to tabloid stories in the first place.

One can’t help but to speculate whether or not The Sun has a legitimate source close to the production of Bond 25.  If there is indeed a real source, one has to wonder what that person’s motives may be in leaking what may be confidential details about the production to The Sun and even going as far as being quoted as saying that that “there is mutiny right now on the set.”

Whatever the case may be there seems to be an ongoing battle between the production of Bond 25 and The Sun tabloid.  Thus far The Sun has been determined to get the last word.  When the official 007 accounts posted the image of Daniel Craig working out with the brace on his leg confirming his imminent return to the Bond 25 set, The Sun posted a story the next day suggesting that “film execs are worried” that Daniel Craig may not be able to run at full speed.  Cary Fukunaga’s Instagram post was met with an albeit more positive article about Daniel Craig’s ankle having healed and the arrival of the new Aston Martin Valhalla on set.  Despite the more positive tone of the article, it did feature a line about the production of Bond 25 being behind schedule (perhaps a possible nudge against Fukunaga’s Instagram post? maybe? Who knows).

In any case, I believe that the ultimate last word will be that of Bond 25 itself when it debuts in April 2020.  If the film is a financial success, perhaps Eon will privately declare victory.  An even better scenario, however, would be if the overwhelming majority of Bond fans enjoy the film and conclude that for all of the Sun’s negative coverage, things actually will have worked out quite splendidly.