Die Another Day – The Good Side (A Very Short Blog) 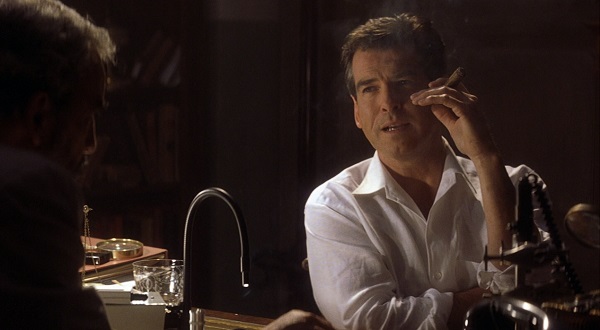 Intro:  JBR listener Steve Spring recently suffered through a viewing of Die Another Day, and in true JBR spirit he set about the task of finding the good in the much maligned film.  Inspired by Tom and Chris and their willingness to accentuate the positive, Steve has put together the positive things that stood out during his viewing of Die Another Day.  Please feel free to join in on this discussion in the comments or on the Facebook page.  Are there other aspects of this film or scenes from this film that you enjoy?  Let us know!

Right before we start let’s get this out the way. I’ve hated “Die Another Day” since the second I started watching it, so why I am writing a blog on it?

I started listening to JBR 18 months ago and it’s always been said that if you don’t like something about a film then you mention it and move on. JBR is about being positive about James Bond as there is always something for everyone

I never liked A View to a Kill and I never gave it a chance until this year. Having felt Sir Roger was way too old to be believed I never got into it.  I listened to the JBR review and as Tom said I can either never watch it and miss some good bond moments or get over the fact the film happened and enjoy what I can from it. I’m happy to report I really enjoy this film now, great villains, sneaky bond and great soundtrack.

It got me thinking can I find the positives from the worst film in history DAD. I watched it this week and I think I have found a few moments that are “Good/OK” and worth watching the film for. I will try to stay positive as I write this but please forgive me if I slip into old habits.

Pre Titles – Cheeky little smile as he takes the briefcase from Mr Van Bierk, nice Bondian joke about the anger therapist. “Don’t blow it all at once,” and then some decent Brosnan action a bit like TND. It’s not an awful start to a bond movie

Titles by Daniel Kleinman Turn down the music and just watch they are actually quite good. Starting with Bond being plunged face first into the water, torture scenes (maybe that what Madonna was thinking with the music) it’s one of the most interesting in the series moving the story along using the visuals

Sneaky Bond – we have plenty of it in this film, he impersonates Mr Van Bierk, he steals a ticket to get across to the clinic in Cuba and then sneaks through the window! He hides in plain sight by making out with his fellow agent Miranda Frost. Fans of sneaky bond shouldn’t be disappointed

Sword Fight – Maybe the best part of the film, from Madonna’s cameo onwards anyway. He gets to meet the villain of the film face to face and lets him know he is on to him. Always nice when Bond doesn’t know the full story so just stokes the fire with the villain to see the reaction. This results in a tease sword fight, ripping & breaking everything they come into contact with. A good score from David Arnold leaves you tired yourself by the time the fight is stopped by Miss Frost

Ejector seat coolness – Once “that stupid car” enters the film it’s pretty much impossible to find anything decent to recall but one bit I have always enjoyed is during the car chase on ice. Bonds car is on its roof moving along on the ice and Zao in the car behind is about to fire a rocket at Bond. Using his wits, bond presses a button to open the roof and eject the passenger seat and flips the car to avoid the rocket, and then with all the smugness in the world he closes the roof with a tap of the button and a smile in his face

Well I tried to find more, it’s really not as bad as I remember for the first part of the film but once M sends bond to see Q the movie loses its mind. In a strange way I like the fact they tried to do something fresh but boy did they get it wrong, and then it led to Casino Royale so maybe we had to have both films for Casino to exist.

It’s now been 15 years since this film entered our lives and lets be fair most of us only watch it because it is a James Bond movie. Is it time to forgive and move on? I think this film is fine if you fancy a comic book James Bond movie, some days I do and it’s there when I need it 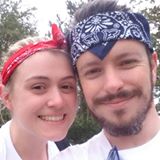