How to Introduce Friends to James Bond by Benjamin Clow

Admit it, if you’re reading this, you most likely are a Bond fan. You’ve probably lost count how many 007 posters are in your room, you make up excuses for wearing a suit in public and your ringtone is either Bill Conti’s A Drive in the Country (Yes, that’s me) or the Bond theme. You pause every once and a while to ask the question of if your Bond obsession is healthy, but then you shrug your shoulders and continue with life. This is all well and good, but sharing your never-ending fandom with friends and family is a whole other ball-park. We all know that dreaded sigh your friends give during a movie night when you appear in the lounge with the popcorn and The World is Not Enough blu-ray. You wish James Bond wasn’t just ‘your thing’, but everyone’s thing you all can enjoy.  So if you’re struggling with your Bond evangelism, and you’ve got your eyes set on a few disciples to bring underneath your wing here a few tips to make sure everything runs smoothly.

Its as easy as it sounds. I’ve read debates upon debates in forums arguing that Goldfinger or Goldeneye is the definitive first Bond film that beginners need to watch first. It’s a lot simpler than that, show them the one you love first. People love it when you confide in them. Tell them an early memory of sitting on your father’s lap watching Thunderball on TV, or how you fell in love with Carole Bouquet’s eyes when you were 12.  If a friend understands how much a Bond film means to you, they are more likely to watch it with you. This is quite good if you have a real desire to introduce Bond to the next generation. Kids love hearing stories about their parents when they were their age. If you tell them that Moonraker was your favourite film when you were nine, it might encourage them to sit down and watch it with you. Just try not to go overboard, no one wants to know you use to pray to a life size poster of Sean Connery every night.

Fellow Bond geek and JBR parent, Tom Sears once said that the key in showing Bond to your other half was to ‘play up the romance.’ On her Majesty’s Secret Service, Casino Royale and The Living Daylights  have significant romantic storylines. In other words, Bond does more than just plough fields and sow seeds. With complex diagrams on whiteboards explain to them the affect Tracy has on Bond, or how Bond changed after meeting Vesper. One time at school I wrote an English Essay on how James Bond’s attitude towards woman changed in  Casino Royale. (I got an A for that by the way). Describing the tender and gentlemanly qualities of Bond as a character can draw in audiences who are skeptical about his treatment towards woman. As far as trying to explain the ‘man-talk’ slap Connery does to Dink in Goldfinger, I’m afraid you’re on your own there.

Sometimes, movies are not some people’s cups of tea so much as snuggling down with a good book. I had a mate who I was trying to persuade him to join the cause for years, and he didn’t budge. Then one day he walks into my room and picks up my unread copy of John Gardner’s novelisation of License to Kill which was lying on the floor in my room. He came back the next day having read and loved the book, so I lent him the film version and he was hooked! Every week for the rest of the year I’d let him borrow one Bond film and one Bond novel. Remind them that Bond isn’t just a film series, but a global phenomnen.

It depends on the person. I know that sounds like a cop-out, but the Bond films in many ways are so varied that there’s a different favourite film for everyone. If they not hugely familiar with watching old films, the Daniel Craig movies may be the best way to go. Had a flat mate once who had never seen a Bond film, after much resisiting, I sat him down and we had a double viewing of Skyfall and Spectre. If they consider themselves  well-versed in all things about the cinema, show them Goldfinger or From Russia With Love. Bring out that whiteboard again and tell them how much these films ‘created a genre’ or ‘transformed modern cinema’. Point out moments which are considered iconic like Shirely Eaton covered in gold or Honey Ryder coming out of the sea.
We all have that one mate who’s there looking for a laugh. Throw them a classic Sir Rog like The Spy Who Loved Me or Octopussy. People are wired differently, choose the film which best suits their tastes.

Remember to keep it casual, you don’t want to resort to physically tying them to a chair and forcing them to sit through a marathon of films. Sometimes all that is needed is just one movie, for them to catch the bug and then they’ll be watching Bond movies without you breathing down their neck. Beware, you might have to come to an agreement, they pick a movie one week, then you pick one the week after. Don’t be shy. Always remember it’s only natural to want to share the things you love, such as books, films and music, with the people you care about most. 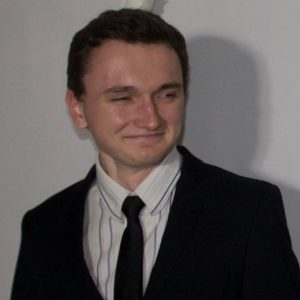